I did not need to read a study to know this! All you have to do is look at what they have produced over the last 20 years or so and you can see the mental illness after they are indoctrinated. Problem is those same Mentally Ill Socialists are teaching children, thereby projecting THEIR Mental Illness on to them! 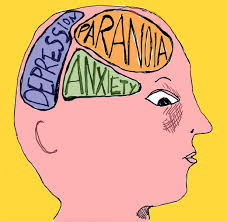 BOSTON — For some, it’s the best four years of their lives. For others, it’s a period of constant struggle, whether academically, socially, or both. College brings about new experiences and challenges for young adults that can be difficult to adapt to and overcome, so perhaps it’s no surprise that a new study reports high rates of stress and mental health conditions among students.

The newly-published report out of Brigham and Women’s Hospital shows that a quarter of college students received were diagnosed with a mental health condition in the past year, and a fifth have had suicidal thoughts.

Researchers looked at survey results from 67,308 students across 108 American colleges and universities during the spring of 2015. Students were questioned on the frequency of stressful events, depression or anxiety in their daily lives, and reported whether or not they’d been diagnosed with a mental health condition in the past year. Stressful events were viewed as anything that students viewed as traumatic or difficult to handle, whether academic or personal. That includes financial struggles, family problems, trouble sleeping, self-esteem issues, or health matters.

Participants were also asked whether or not they’d had suicidal thoughts or attempted to take their own lives, or if they’d tried any other form of self-harm.

The results showed alarming rates of mental health issues and a significant risk for suicidal thoughts among all students, though minorities, whether racial, sexual, or gender, were especially prone.

“Colleges and family members who are sending students off to college need to remember that this is a phase of life where young people are confronted with expectations from new relationships and living situations and other encounters that are stressful,” says lead author Dr. Cindy Liu, of the Departments of Pediatric Newborn Medicine and Psychiatry at BWH, in a statement.

The authors found that 75 percent of students faced at least one stressful event in the past year, while one in five reported at least six stressful events in the same period. Such events were linked to a greater risk of mental health diagnoses, self-harm, and suicide. In fact, one in four students was diagnosed with a condition, while one in five considered taking his or her own life. Nearly 10 percent admitted to attempting suicide, and nearly 20 percent had committed self-harm of some form.

“Some stressful events cannot be prevented and, in some cases, are completely normal. But for others, a plan should be in place for family, friends, and colleges to provide support,” says Liu. “Our study highlights an urgent need to help students reduce their experience of overwhelming levels of stress during college.”

While sexual minorities were found to have high rates of mental health diagnoses along with reports of self-harm and suicidal thoughts or actions, transgender participants showed high rates over all outcomes. Two-thirds of transgender students admitted to self-harm, while more than a third having attempted suicide. Similarly, more than half of bisexual students admitted to self-harm or suicidal behavior, while more than a quarter attempted suicide.

The full study was published September 6, 2018 in the journal Depression and Anxiety. Source: Study Finds