They really don’t have much to worry about have their name removed from the Book of Life, as it is not there to begin with!

The Lutherans are just a spin off of Roman Catholicism. While they do not follow the Pope, they still adhere to the Doctrine of Devils of the mother church! 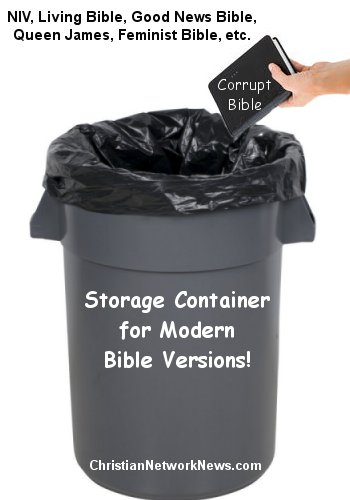 Adam Eliyahu Berkowitz | Breaking Israel News – A recently published translation of the New Testament has one glaring omission: it has excised all references to the place and the people of the Bible. Rabbi Tuly Weisz, who recently published a Hebrew-English version of the Torah, noted that omitting ‘Israel’ from the Bible is equivalent to failing to mention God.

24NYT, a Danish news service, reported on Sunday that the Danish Bible Society just published a revised translation of the New Testament. The new edition has many surprises, including a new name: the New Agreement. But even more shocking is that the “New Agreement has all but removed any references to Israel, whether it describes the land or the people.

The new edition was reviewed by Jan Frost on YouTube who reported that the word ‘Israel’ is only used once in the “Bible 2020”, which is the name of the new edition. In all other passages, the word ‘Israel’ is either replaced with ‘Jews’, ‘the land of the Jews, or not replaced with any alternative term. Frost reported that the publishers justified the change by claiming that the ‘Israel’ referred to in the Bible is not the same as Israel today. Frost noted that this explanation does not apply to the term ‘Egypt’ which remains in the Bible 2020 despite ancient Egypt having significantly different borders and ethnic composition than modern Egypt.

Posts on social media suggested that the change may have been politically motivated as an anti-Israel statement. In a recent interview about the Bible 2020, Elaine Duncan, Global Council Chairperson of the Bible Society, noted that the new edition has already been downloaded to more than 90 countries, which she considered to be a great success at moving towards what she described as a “global church.” Read more at Breaking Israel News

When I discovered that the NIV I was given as a New Christian was corrupt, I burned it so no one else would be deceived by it!

You might be thinking, “I can’t understand the King James Version. Yes you can! Get saved and you will!

1st Corinthians 2:14-16 “But the natural man receiveth not the things of the Spirit of God: for they are foolishness unto him: neither can he know them, because they are spiritually discerned.15 But he that is spiritual judgeth all things, yet he himself is judged of no man.16 For who hath known the mind of the Lord, that he may instruct him? But we have the mind of Christ.”

And it also depends what kind of church you go to and if the preaching and teaching is Biblical!