Luke 17:2 “It were better for him that a millstone were hanged about his neck, and he cast into the sea, than that he should offend one of these little ones.”

Murder of the Unborn–now Legal for a New Born

Oklahoma bill to classify abortion as murder won’t be heard

Former abortionist: ‘What’s in the womb is a person… not a blob of tissue’

Why Are These 3 “Pro-Life” Charlatans In Oklahoma Opposing An Abortion Abolition Bill?

After Legalizing Abortions Up to Birth, New York Wants to Shut Down Christian Adoption Agency

Planned Parenthood Endorses Infanticide: “Every Woman Needs to Make the Best Decision for Her”

Teen Mom Gave Birth, Threw Her Baby Out 2nd Floor Window, Then Texted Her Boyfriend: “It Was a Girl” 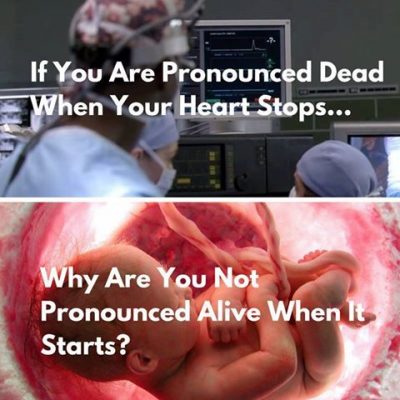