If not, the following News WILL happen. Many signs have happened around America to get peoples attention. The majority will NOT heed the signs and continue down the road to destruction! 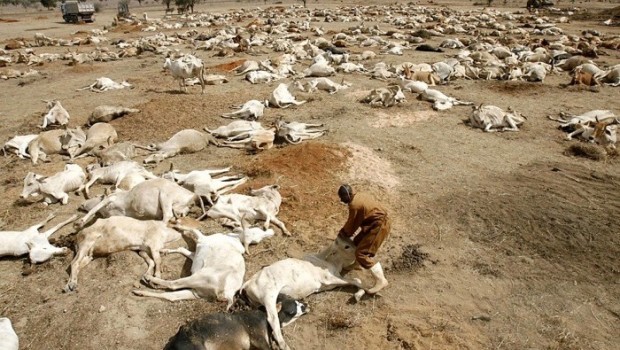 Venezuela’s food crisis has gotten so bad that people are apparently killing pink flamingos and other protected animals in order to stave off hunger.

While flamingo hunting is both illegal and uncommon in the South American nation, investigators from Zulia University in the northwestern Venezuelan city of Maracaibo have noted at least 20 cases of bird carcasses being discovered with their breasts and torsos removed.

And flamingos aren’t the only unusual animal to become a victim of Venezuela’s worsening food crisis. Remains of everything from dogs and cats to donkeys and even giant anteaters have been found in garbage bags at city dumps around the country. See more here.

Biblical plague of locusts devastates 1,000 hectares of crops in Bolivia – State of emergency

Bolivia is under a state of emergency after a vast agricultural area of around 1000 hectares has been laid to ruin by a plague of locusts. The locusts first appeared about two week ago in an area near Santa Cruz where most of the country’s food and meat is produced. Since then, they have destroyed 2,700 Acres of Farmland in Bolivia!

President Evo Moraleshas announced a contingency plan that includes 655,000 euros in extra funding for fumigation. Bolivia’s Agriculture Secretary, Mauricio Ordonez said: “We will create a 500-metre-wide ring around the area affected and fumigate inside, working alongside the local authorities.” Read more here.

New fuel leaks have been discovered at Fukushima — “Experts believe melted fuel is leaking” — Radiation levels could be over 5,000 sieverts — “Wow, this is a crazy story”… it only continues to get worse!

And this one: Should U.S. be preparing for a North Korean nuclear strike on the West Coast?

Best repent and get your house in order!!!