ALBION, Mich. — Edward Eugene Sobie – the church trustee confronted by a vigilante group after attempting to communicate online with minors – was officially charged Monday with child sexually abusive activity and distributing or promoting.

The charges were issued during an arraignment Monday in Calhoun County Court and detectives with the Albion Public Safety Department said there could be additional charges. 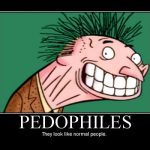 Sobie, 58, served as a trustee and as a property manager at his church. He was arrested at that church Thursday, Aug. 2, 2018, after investigators said they found child pornography at his home.

Members of a vigilante group who were portraying themselves as underage girls had earlier confronted Sobie and posted that conversation on Facebook.

The group, known as 517 Child Predator Exposure (CPE), met the man in a store parking lot July 28, 2018, after making arrangements for the meeting online.

In the vigilante sting that was broadcast on Facebook Live, the suspect admitted that he needs help and later said he should’ve gone to church instead of the store parking lot.

“I don’t know, I just want the companionship sometimes,” the suspect said in the video that’s been viewed more than 30,000 times.

An anonymous member of the vigilante group said in the video that the 58-year-old talked to three different decoys posing as young girls online.

Albion First United Methodist Church pastor Leslee Fritz said, “It’s a terrible experience when someone you know is accused of something that you can’t wrap your mind around. We worry about Ed’s health, we certainly worry about his well-being, at the same time worrying about any potential victims that might be involved in this case.”