How does the article below tie in with the Days of Noah you ask? Read it and then the comparison after.

To the Mockers, Scoffers and non-believers, it does Not matter what YOU believe. It matters what the Bible SAYS!

Ecclesiastes 1:8-11 “All things are full of labour; man cannot utter it: the eye is not satisfied with seeing, nor the ear filled with hearing. 9 The thing that hath been, it is that which shall be; and that which is done is that which shall be done: and there is no new thing under the sun. 10 Is there any thing whereof it may be said, See, this is new? it hath been already of old time, which was before us. 11 There is no remembrance of former things; neither shall there be any remembrance of things that are to come with those that shall come after.” 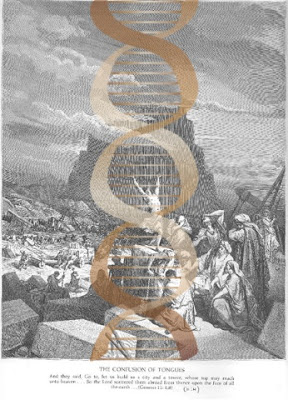 Bryan Fischer – In a development that is almost too Nazi-esque to believe, our own government is working with Planned Parenthood to get “fresh” tissue from aborted babies to produce “humanized mice.”

Although it is almost impossible to believe, every word you read in that first sentence is true.

“Humanized mice.” Dwell on that two-word phrase for a moment. It’s their phrase, not mine.

The FDA is actually contracting with Planned Parenthood to get tissue from freshly aborted babies that they implant in mice, to improve the immune systems of the mice.

In other words, we are killing babies so that mice can live.

Hitler, Josef Mengele, and the entire Nazi medical experimentation apparatus have got nothing on us. We have become as inhumane, as savage, as morally darkened as the worst of World War II Germany.

David Daleiden of the Center for Medical Progress did diligent undercover work to expose Planned Parenthood’s ghoulish practice of selling aborted baby body parts to the highest bidder. Now we discover that the chief competitor for aborted babies’ body parts is our own government.

The reason the FDA is working with Planned Parenthood is that the tissue they seek must come from freshly aborted babies. Tissue from babies which have been miscarried isn’t good enough. So while we have been working diligently to strip taxpayer funding from the baby butchers of Planned Parenthood, our own government has been slipping the equivalent of envelopes filled with cash over the transom.

“Fresh human tissues are required,” said the FDA, “for implantation into severely immune-compromised mice to create chimeric animals that have a human immune system.”

Harvard University explained to the House Energy and Commerce Committee in 2016 that mice with human immune systems “are engineered to this condition only by means of the use of human fetal material” – and that this material can’t come from miscarriages, it can only come from aborted babies.

So the FDA is cannibalizing unborn babies, some as far along as 24 weeks – two to three weeks after those same babies could survive outside the womb.

At something called “The New Humanized Rodent Model Workshop” back in 2007 attendees were informed that researchers needed “livers” and “thymuses” from unborn babies to develop mice with human immune systems.

The FDA refused to answer when asked if mothers whose babies are aborted are informed that tissue from their aborted babies will be transplanted into mice.

The FDA is spending an abominable total of $103 million on fetal tissue research this year after spending $98 million scavenging the bodies of babies in 2017. That’s just a $103 million incentive to protect the practice of abortion in America.

So we are producing humanized mice in our government laboratories. I’ve got a better idea: how about we produce some humanized researchers instead? Posted with permission.

What was happening in the Days of Noah?

See Genesis 6 Giants website. The BEST place to get True and Accurate information bar none! And Books that document what you are reading here!

Got Questions – The biblical account of Noah begins in Genesis 6. Approximately 1,600 years had passed since the creation of Adam and Eve (Genesis 1:26–27). As the earth’s population exploded in number, it also exploded with evil. Long forgotten was the righteous sacrifice of Abel (Genesis 4:4) as “the Lord saw that the wickedness of man was great in the earth, and that every intention of the thoughts of his heart was only evil continually” (Genesis 6:5). Verses 11 and 12 say, “Now the earth was corrupt in God’s sight, and the earth was filled with violence. And God saw the earth, and behold, it was corrupt, for all flesh had corrupted their way on the earth.” However, “Noah found favor in the eyes of the Lord” (verse 8).

When Jesus described the events that will surround His second coming, He said, “Just as it was in the days of Noah, so will it be in the days of the Son of Man. They were eating and drinking and marrying and being given in marriage, until the day when Noah entered the ark, and the flood came and destroyed them all” (Luke 17:26–27). Jesus was pointing out that, although the people of Noah’s day were totally depraved, they were not the least bit concerned about it. They were carrying on the events of their lives without a single thought of the judgment of God. Noah is described as “a preacher of righteousness” (2 Peter 2:5), meaning he had spent years warning his friends and neighbors what the Holy God was about to do. No one listened.

The depravity and ungodly lifestyles of the entire world at that time were enough to cause the Lord to “regret that He had made man” (Genesis 6:6). Many scholars believe that part of the need to destroy every human being except Noah and his family was the sin mentioned in Genesis 6:1–4, when “the Nephilim were on the earth in those days, and also afterward, when the sons of God came in to the daughters of men, and they bore children to them.” As evil reproduced and overtook the world, the most merciful act God could perform was to start over.

It is interesting that God allowed Noah nearly one hundred years to complete the building of the ark. Through all that time, God patiently waited (1 Peter 3:20). Scripture seems to imply that Noah preached to the people of that time about what was coming (Hebrews 11:7). They did not believe Noah and were content with their wickedness and idolatry. Their hearts were hard and their ears dull. No one repented, and no one cared to seek God.

Jesus said that the world will be much the same before He returns to set up His earthly kingdom (Matthew 25:31–33). He warned us to “be ready, because the Son of Man will come at an hour when you do not expect him.” 2nd Timothy 3:1–4 gives us a clear picture of the state of the world before Jesus comes and most likely also describes the world in the days of Noah. That verse says, “But mark this: There will be terrible times in the last days. People will be lovers of themselves, lovers of money, boastful, proud, abusive, disobedient to their parents, ungrateful, unholy, without love, unforgiving, slanderous, without self-control, brutal, not lovers of the good, treacherous, rash, conceited, lovers of pleasure rather than lovers of God.” It is becoming increasingly obvious that, to understand what the world was like in the days of Noah, we only need to watch the evening news. Source: Got Questions

What else was happening in the day of Noah?

Alex Jones on the movie Prometheus