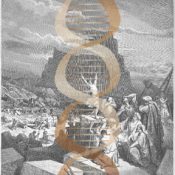 U.S. Government Cannibalizing Babies to Produce Human-Animal Chimeras  Matthew 24:32-44   Luke 17:22-37 How does the article below tie in with the Days of Noah you ask? Read it and then the comparison after. To the Mockers, Scoffers and non-believers, it does Not matter what YOU believe. It matters what the Bible SAYS! Ecclesiastes 1:8-11 “All things are full of labour; … Click Here to Read More

Man wants to make others in the Image of himself!

This clip is from Star Trek The Next Generation “Up the Long Ladder”. It is a story of 2 separated colonies. One embraces the correct Biblical way to create life, and the other takes the wrong way rejecting God’s way of creating life. They Clone themselves which leads to disaster!

I don’t know why they are going to Latin America. There are plenty of “Brain Dead” Communist Democratic politicians walking around they can use as test subjects. Hillary and Bill Clinton along with Nancy Pelosi, Maxine Waters, Elizabeth Pocahontas Warren, just to name a few. Oh and the RINO’s too, John McCain, Lindsey Graham, Paul Ryan, etc. Then you have the Fake News Outlets who are certifiably retarded as well as brain dead! Yes, they need not go south as the loony bin is full of test subjects right here in the good ole USofA!

The Terminator Movies are coming to life as really stupid people have granted Robots Human Rights! The Transhumanists are worried more about a Machine then the Life of a Baby in the Womb! It won’t be long until Sky Net will take over and WE will be Terminated.

RT January 12, 2017 – A European Parliament committee has voted in favor of a draft report that proposes granting legal status to robots, categorizing them as “electronic persons”.