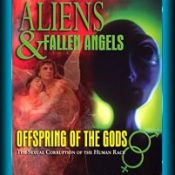 Scientists led by Stephen Hawking are using high-tech scanners to discover if a huge, cigar-shaped ‘comet’ Oumuamua is in fact, an alien probe! One astronomer claims that the space rock named Oumuamua, could be an alien spacecraft with broken engines that is tumbling through our solar system. Dr Jason Wright from Penn State University suggests that a broken alien spacecraft … Click Here to Read More