They think it’s a big deal…, That ain’t nothin!  Apparently they have NOT read Scripture!

Joshua 10:13 “And the sun stood still, and the moon stayed, until the people had avenged themselves upon their enemies. Is not this written in the book of Jasher? So the sun stood still in the midst of heaven, and hasted not to go down about a whole day.”

God is in control of Time, the Earth and the Weather! 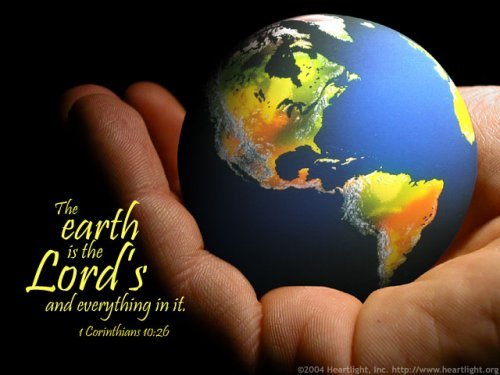 But, you ain’t seen nothing yet!!

Matthew 24:21-22 “For then shall be great tribulation, such as was not since the beginning of the world to this time, no, nor ever shall be. 22 And except those days should be shortened, there should no flesh be saved: but for the elect’s sake those days shall be shortened.”

EARTH has recorded its shortest day since records began – but did you even notice?

The fast-paced spin occurred on June 29, creating a headache for time-watchers.

That’s because Earth’s rotation is usually slowing down.

In fact we’ve had to add 27 “leap seconds” in the last 50 years to keep global clocks in check.

Clocks paused most recently in 2016 to account for this strange astronomical effect.

Now Earth’s spin appears to be speeding up and scientists aren’t exactly sure why.

Usually days get longer – albeit only very slightly.

That’s because Earth is constantly being tugged on by the Sun and Moon.

But June 29 marks the shortest day so far, in a five-year trend of shrinking days. Read the rest here

Joshua 10:12–14 may just relate the most amazing miracle of all time—the day the sun stood still. “On the day the Lord gave the Amorites over to Israel, Joshua said to the Lord in the presence of Israel: ‘Sun, stand still over Gibeon, / and you, moon, over the Valley of Aijalon.’ / So the sun stood still, / and the moon stopped, / till the nation avenged itself on its enemies. . . . The sun stopped in the middle of the sky and delayed going down about a full day. There has never been a day like it before or since, a day when the Lord listened to a human being. Surely the Lord was fighting for Israel!” God miraculously provided twenty-four hours of light to aid Israel in destroying their enemy, the Amorites.

A variety of explanations have been given concerning this event. Some suggest a “local miracle” in which God allowed light to remain in Gibeon, much like the Hebrews had light even when the Egyptians were in the dark (Exodus 10:23). However, the text seems to indicate an actual change of the earth’s rotation, since it says the sun did not set.

Others argue that the language of the passage is poetic and therefore not to be taken literally. This view causes other problems. Primarily, how is a reader to know that this event is figurative and not other events? Applying figurative interpretations to difficult biblical passages does not truly answer the difficulties.

Another view attempts to explain the event as an eclipse that gave the appearance of a long day in which the sun did not set. Alternatively, some combination of an eclipse and refracted light in the atmosphere could have made the day appear longer than normal. God timed the event to miraculously coincide with Joshua’s prayer and moment of need. The main weakness of this view is that an eclipse typically lasts for minutes rather than hours.

Probably the best explanation is simply to take Joshua 10 at face value—God performed a stupendous miracle, causing the sun to delay its “setting.” God stopped the motion of the earth. There are objections to this explanation, based on the physics of motion, but the God who created the world and established natural laws is perfectly capable of compensating for any collateral complications. We may not have a scientific explanation of how God performed this miracle, but He did.

Interestingly, Israel’s enemies worshiped the sun and moon. The arrest of the motion of heavenly bodies and the extended period of light to help Israel clearly affirmed the Lord God as the true God. The Amorites’ own gods were powerless to aid their cause as the God of Israel moved heaven and earth to grant His people the victory.

Joshua described the miracle just as we might describe it, from an earth-bound perspective. From the perspective of someone standing on the earth, it does appear that the sun moves. We ourselves commonly speak of “sunrise” and “sunset”; it is the way we express ourselves.

While we may not fully understand how this “long day” occurred, a miracle does not have to be scientifically proven—just accepted. Joshua prayed, and God supernaturally provided the light necessary for Joshua’s army to win its battle.

The lengthened day was indeed unlike anything ever seen, but in Joshua’s mind the greater miracle may just have been that God listened to him and answered such an amazing prayer. Source