The God hating Atheist group, Freedom From Religion Foundation (FFRF), and Citizens for Responsibility and Ethics in Washington (CREW), which was founded by Filthy Homosexual David Brock of Media Matters, are trying to stop a Bible study attended by Ben Carson and others. 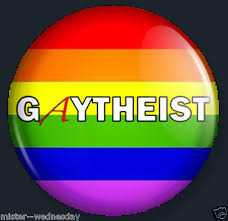 Excerpts Daily Caller – They “are now suing HUD and Carson for not reimbursing them for the Freedom Of Information Act requests through which information on the Bible studies were discovered.

The FOIA requests sought to see if government resources had been spent to fund the Bible study and to see if Trump administration staff are being pressured into attendance. For every FOIA there is a standard fee if the information requested is not in the public interest or related to the agencies operations. HUD charged FFRF and CREW a fee for the information they requested and the groups sued in return.

The lawsuit claimed that HUD charged for the FIOA because the “documents is likely to cast the agency or HUD Secretary Ben Carson in a negative light.”

The Freedom From Religion Foundation (FFRF) and Citizens for Responsibility and Ethics in Washington (CREW) are apparently filing a lawsuit against HUD and me, alleging that they are being treated unfairly because they are required to pay a standard fee when requesting information through the Freedom Of Information Act (FOIA) regarding my participation in the weekly Bible study for cabinet members. They are fearful that a hot beverage or a bagel may be consumed at the expense of taxpayers or that staff may be coerced to participate in religious activities against their will.

First of all, taxpayer funds are not used to support the ministry, and secondly, no staff are involved in the Bible study. More importantly, I refuse to be intimidated by anti-religious groups into relinquishing my spirituality or religious beliefs. One of the principles of our nation‘s founding is freedom of religion. I will not stop being a Christian while in service to this country, in fact, it is my faith that helps me serve the nation even better. The relentless attacks on the spirituality of our nation must be resisted. We are not like everyone else, which is precisely the reason that we rose so rapidly from obscurity to become the most powerful and free nation in history.

We sometimes smugly say that we won the cold war with the Soviet Union, but it was Joseph Stalin, the Russian tyrant who said the United States could be destroyed from within by eroding three things: our patriotism, our morality, and our spirituality. These things are currently under severe attack. We the people must decide who we are and what we stand for. If we don’t, the ending of the Cold War might change dramatically.