Jihad Watch – “16-year-old Leah Sharibu, a Christian girl from the town of Dapchi, Nigeria, remains in the monstrous hands of the Islamic terror group Boko Haram – which keeps Leah in its barbaric captivity because she refuses to deny Jesus Christ and convert to Islam.”

The sad story of Leah is ongoing. There are countless other young Christian girls just like her who are: being held captive, or raped, tortured, forced to convert, torn away from their families. There are also other religious minorities who are suffering the scourge of jihad terror and Islamic supremacism globally; all the while, “Islamophobia” is being screamed.

“The establishment media has not covered much on her story, if at all.” Very telling.

A petition for Leah’s release can be signed HERE. 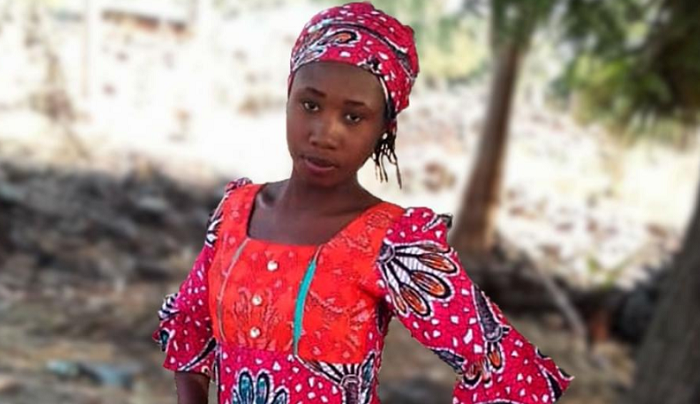 Today, 16-year-old Leah Sharibu, a Christian girl from the town of Dapchi, Nigeria, remains in the monstrous hands of the Islamic terror group Boko Haram – which keeps Leah in its barbaric captivity because she refuses to deny Jesus Christ and convert to Islam.Leah was just 14 years old when, with 109 other girls, she was abducted from her school in Dapchi by Boko Haram on February 19, 2018. The other kidnapped girls were freed (5 were killed) in March of that same year, but Leah remained in the Jihadist group’s hands because she refused to renounce Christ.For such a young girl under such circumstances not to give up her faith, staying true to what she believes in spite of these horrible consequences it has had for her through all these past months, is mind blowing to me.That quote is from Sonja Dahlmans, a researcher on the abduction, rape, and forced conversions of Christian girls and women, and also of other non-Muslim women, in several countries from Asia, the Middle East, and Africa. A student of Theology and Orthodox Christianity at two universities in the Netherlands, Sonja is currently heading a petition on behalf of Leah that she hopes will add pressure on Nigerian authorities to squeeze her captors for her release.Sonja kindly agreed to answer a few of my questions about her petition, where exactly Leah’s frightening situation stands, and about the overall nightmarish conditions for Christians in Nigeria.Glazov: Thank you, Sonja, so much for joining me today. Where does the case of Leah Sharibu stand at this moment?Dahlmans: Thank you, Jamie.Recently, Leah’s mom, Rebecca Sharibu, visited the United States to speak at the Heritage Foundation’s office in Washington, DC, on June 11th. She pleaded for help from the U.S. government to urge the Nigerian government to more urgently secure the release of her daughter.Nigerian President Muhammadu Buhari at one time promised that he would not abandon Leah, who he called “the lone girl,” but, tragically, a lot of time has passed. She was abducted back in February 2018, and not much progress has been made since. Leah’s mother has shared that she has not heard from the Nigerian government in months.Glazov: Just terrible. This nightmare is, of course, part of a larger Nigerian nightmare in terms of the horrible Christian persecution problem that the country has. There are, for example, genocidal horrors being perpetrated against Christian farming communities in the Middle Belt of Nigeria.Can you tell us a bit about this?Dahlmans: Sure, Jamie.Open Doors USA‘s annual ranking list of worldwide persecution of Christians ranks Nigeria at place number 12 this year. Especially for women and girls, the situation is really grim: rape, abductions, violence.Open Doors has also recently published a report called “Hidden Wounds” that addresses the issue of violence – especially against Christian women during persecution. This is not just about Nigeria alone, but yes, I would say Nigeria is absolutely a country where women and girls, like Leah Sharibu, are very vulnerable.Many more girls have been kidnapped over the years: the Chibok school girls, for example, who were kidnapped in 2014. The Christian Association of Nigeria has an article on their page discussing the abduction and forced conversion of Christian girls in Northern Nigeria. The situation is horrific.Glazov: Truly horrific.Let’s get back to Leah: She sounds like a very special and amazing girl. The reports have it that, as I stated in my introduction, she was given a chance to be freed if she had renounced Jesus – but she refused to do so. This is just absolutely stunning courage and faith, especially for such a young girl.What details do you know about this? And what does all of this tell us about Leah?Dahlmans: According to the witness testimony of the other girls, Leah is still the hostage of Boko Haram because she refused to renounce her faith in Christ. This tells us that Leah is a very strong, brave young lady with a rock-solid faith in Jesus.For such a young girl under such circumstances not to give up your faith, staying true to what she believes in spite of the horrible consequences it has had for her, is mind-blowing to me.In a message given via one of the other girls that was released in March 2018, Leah said this to her mom: “My mother, you should not be disturbed. I know it is not easy missing me, but I want to assure you that I am fine where I am. … I am confident that, one day, I shall see your face again. If not here, then there at the bosom of our Lord Jesus Christ.”Notice that in this message Leah does not even talk about how she misses her mother, as any 15-year-old girl obviously would under these circumstances. No, she is comforting her mother instead. This says it all, doesn’t it, about who Leah Sharibu is.I don’t think I could say anything more that would be more effective for people to understand the strength, courage, and the faith of this girl. I would just rather let Leah’s words speak for themselves.Glazov: And what an incredible tale Leah’s words do tell.You are heading a petition that is designed to try to help Leah get released. [Sign Here]. Tell us about it. And also kindly inform people where they need to click on the petition to see the English translation……