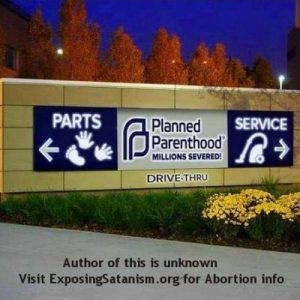 The Official Party of Death turns a blind eye to the real racists. Psalms 109:6 Set thou a wicked man over him: (Wicked Women in this case) and let Satan stand at his right hand. ( Satan is at their right hand and is their master) Excerpts Breitbart – Democrats are once again calling President Donald Trump “racist” over an … Click Here to Read More

Breitbart News – A Jezebel Whore for the Democratic Congressional Campaign Committee (DCCC) has contradicted her boss, DCCC chairman Rep. Ben Ray Luján (D-NM), who said, “There is not a litmus test for Democratic candidates” on abortion rights.

The contradiction highlights the continued turmoil within the Democratic Party over the issue of how to win back the majority in Congress.

Luján’s statement was also in sharp contrast to the Democratic Party’s 2016 platform – its most pro- abortion ever – and to Democratic National Committee (DNC) Chairman Tom Perez’s announcement in April that pro-life individuals are not welcome in his party.