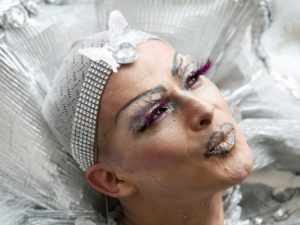 Breitbart News – Gays wishing to receive therapy to help them reorient or modify their sexual desires will be outlawed from doing so by a new California bill criminalizing such therapy or counseling.

With the passage of Assembly Bill 2943, “engaging in sexual orientation change efforts with an individual” will become “an unlawful practice prohibited under the Consumer Legal Remedies Act,” so anyone desiring therapy will need to go to another state.

As the LA Times points out in a May 7 article, the new bill “would expand the definition of ‘unfair or deceptive acts or practices’ for which consumers could sue” to include anyone who engaged in that practice. The prohibition could potentially include “churches or other religious groups that sold, advertised or even recommended books that propagated the idea that believers can use prayer to overcome ‘same-sex attraction,’” the article suggests.

The proposed law further declares that homosexuality “is not a disease, disorder, or illness,” which implies that the Christian understanding of homosexual desire as “disordered” is no longer an acceptable position in California.

Curiously, the bill does not merely discourage homosexual men and women from seeking “reparative therapy” but instead will make it illegal, even for those who believe it may be helpful or desirable. Many gays do not seek conversion therapy, but some do.

“The potential risks of reparative therapy are great, including depression, anxiety and self-destructive behavior,” the bill claims, since such therapy “may reinforce self-hatred already experienced by the patient.”

The bill seems to ignore a number of studies showing the efficacy of reparative therapy for gays wishing to modify their sexual desires.

If you are an LGBT and sincerely want to get out of the bondage you are in, they can NOT STOP you from calling out to Jesus who is the ONLY ONE who can set you free anyway!

John 8:32-36 “And ye shall know the truth, and the truth shall make you free.33 They answered him, We be Abraham’s seed, and were never in bondage to any man: how sayest thou, Ye shall be made free? 34 Jesus answered them, Verily, verily, I say unto you, Whosoever committeth sin is the servant of sin. 35 And the servant abideth not in the house for ever: but the Son abideth ever. 36 If the Son therefore shall make you free, ye shall be free indeed.”

Click the two banners below to get free and be free indeed!