1st Timothy 6:12 “fight the good fight of Faith, lay hold on Eternal Life, where-unto you are also Called, and have professed a good profession before many witnesses” 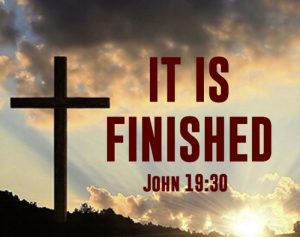 First of all, the original Text reads, “Fight the good fight of The Faith.” Reference is not here being made to “faith” in general, as exercised by the Christian, but to “The Faith,” which consists of a body of Doctrine with its corresponding ethical responsibilities, namely, Christianity and the Christian Life. It can be summed up in the words, “Jesus Christ and Him Crucified” 1st Corinthians 1:23

Many Believers hear the Message of the Cross, it bears witness with their spirit, they embrace it, and do so with joy. They soon find, however, that Satan does not break and run, so to speak. In fact, he presses even harder, trying to make the Believer turn loose of this Truth of all Truths. Regrettably, he oftentimes succeeds.

The only fight the Christian is called upon to engage is this “good fight of Faith.” We are not called upon to fight the Devil. Jesus has already done that at the Cross, and Satan is a defeated being. Colossians 2:15 So if we pursue a fight with the Devil, we are fighting a battle that has already been fought and won, and one which we are never intended to fight.

Moreover, the Believer is not actually called upon to fight against sin, not as such, at least. Sin also was defeated at Calvary, where Jesus atoned for all sin. So if we are fighting against sin, this, once again, is a battle that has already been fought and won.

We are called upon to “fight the good fight of Faith,” and that is the only fight we are to engage. If we are engaging in other fights, we are, pure and simple, out of bounds. The results will not be good.

What did Paul mean by “fighting the good fight of Faith”?

As stated, it is actually “The Faith,” which refers to many things, but most of all to the Cross of Christ. “The Cross” and “The Faith” could, in fact, be said to be one and the same. So, Satan will endeavor to push us away from the Cross, thereby doing everything to discourage us.

And yet, it is a “good fight,” simply because it is the “right fight.” The wonderful thing about this fight, as difficult as it may at times be, is that this is a fight in which we steadily grow stronger while the Evil One steadily grows weaker. For any other type of fight in which the Christian engages, the opposite is true.

Finally, this is a fight that will not conclude until the Trump sounds. The Lord allows Satan this latitude in order to strengthen our faith, which it most definitely does. Satan continues to push because there are some who will get discouraged and quit. That is sad and regrettable, but it is true.

Engaging in this fight demands that we adhere to the Cross so strongly that we actually take it up “daily”. Luke 9:23

If we do this, we don’t have to worry about losing our way. We will get stronger and stronger, in fact, which is all by faith, “The Faith,” i.e., “The Cross”!