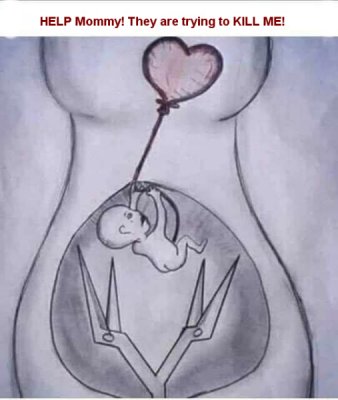 Breaking Christian News – But it’s not just abortion workers who can be traumatized by the sight of aborted babies. When aborted children are not sold for partsor flushed into the sewer system, they are sent to pathologists, who examine them.

In a forum for pathologists, one poster describes having nightmares after handling the body of a late-term aborted baby and watching a physician’s assistant run from the room in shock.

One incident really freaked me, it was a boy fetus, at least 3+ pounds, around 24+ weeks. It sat decomposing because the rest of the staff was AFRAID of it, I’m not joking. Then the chief of staff told me to deal with it because I was the … [new guy] so I went to work.

Pulled out two well-formed arms and then the torso, headless. The head was at the bottom of the container, when I pulled it, he had this expression of such utter horror it flipped me wayyyy out, my PA saw it and ran, literally left work and went on disability (I’m serious here). It was like a headless screaming baby, like it had been born at least for a split second to realize it was screwed and let out one agonal yelp…

The sight of the murdered baby was so horrific that two hardened medical professionals, people accustomed to working with human remains, were badly shaken. One had terrible dreams; another fled work, never to return. The P.A. was so traumatized that he suffered mental problems—most likely post-traumatic stress disorder—and actually had to collect disability because he became unable to function.

Abortions happen behind closed doors. Only very rarely is the carnage of abortion witnessed by anyone outside the medical profession. One exception is when parts of aborted babies are discovered in dumpsters or trash heaps outside abortion facilities. Live Action journalist Carole Novielli has posted these photographs of aborted children on her blog. She and other pro-lifers found them in the trash outside an abortion facility.

The babies were in little jars, wrapped in gauze sacs. The first few jars Novielli opened contained shreds of flesh with no recognizable parts because the babies were very young. But later:

Then…after carefully slicing one gauze sac, there it was. The fully formed arm of an aborted child. Then a leg, another leg, ribs, skull, etc… As we rummaged through the bags we could see the medical records of the women whose children lay torn in pieces.

The cold-hearted abortionist had discarded the bodies of these dead babies in the trash along with their mother’s medical records with no care or concern for either.

At the bottom of the bag, we found a large foot which a pathologist later confirmed was from an unborn baby approximately 5 months gestation.

In incidents like these, the ugliness of abortion is revealed to those outside the industry. Everyday citizens finally get to see what abortion really is and whom it really hurts. But under most circumstances, preborn children are killed and their bodies handled behind closed doors, where the public doesn’t see.

Because these killings take place in private and not in the public square, it is easy for society to ignore them. The blood of the aborted does not run in the streets; few have seen firsthand the evidence that babies are being murdered every day in our country.

That is why pro-lifers must educate others. Share a pro-life article; write a pro-life letter to the editor; consider giving a pro-life speech at your church or school. The terrible facts about abortion are out there. We are the ones who have to make them known.