Abortion Activist Assaults a Pro-Life Woman, Hitting Her With a Metal Clamp

Pro-life advocates are facing growing hostility across the world. 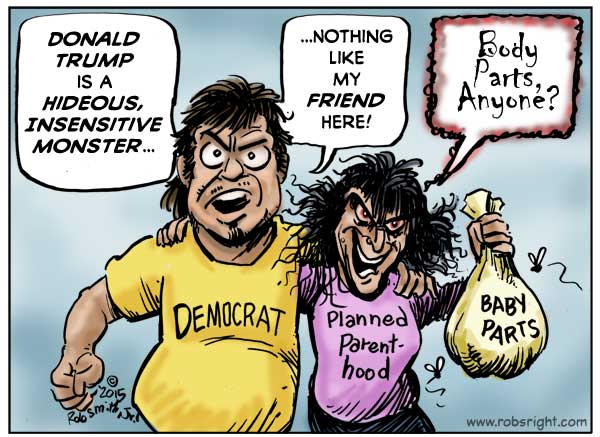 News Wars – Another pro-life advocate said she was assaulted Oct. 1 during a pro-life rally near Ryerson University in Toronto, Canada – the second attack reported in less than two weeks.

The incident, which was captured on video, shows a woman shoving and throwing things at Katie Somers, a pro-life advocate with Toronto Against Abortion, as she spoke to people about unborn babies.

Earlier this month, a pro-life advocate with Campaign Life Coalition also reported being assaulted, allegedly by abortion activist Jordan Hunt, during a different pro-life rally Sept. 30 in Toronto. Police said Hunt turned himself in after a video of the assault went viral.

In the latest reported case, pro-lifers with Toronto Against Abortion said they were doing an outreach Oct. 1 when abortion activists with the Ryerson Reproductive Justice Collective began a counter protest.

Blaise Alleyne, one of the pro-life team members, said they were engaged in civil discussion with several of the counter-protesters when one of them, allegedly Gabby Skwarko, became hostile.

The video shows Skwarko knocking over one of their signs, pushing Somers repeatedly, grabbing something out of her backpack and then throwing the item.

“She chased after me, grabbed my full, stainless steel water bottle and smashed it on the ground, then grabbed my backpack, yanking me back and forth,” Somers said, recounting the attack. “I yelled, ‘Get away from me!’ And she came after me and shoved me. She then moved on to Blaise, bumping him in the chest with hers and saying, ‘Let’s go, are you filming me? Let’s do this!’”

A second video shows the same woman throwing a metal dolly and a clamp at pro-lifers before grabbing Somers’ backpack. Somers walks away, but the woman follows her and shoves her again.

“The possibility of self defense was gone for me the moment she used the metal cart as a weapon,” Somers told LifeNews. “At that point I was terrified of having my teeth broken, being concussed, or worse, and my priority was to get away and to safety.”

Somers said her right wrist was injured, and she had bruises all down her right leg. She said the assault also left her shaken emotionally.

The group said Skwarko is a member of the Ryerson Reproductive Justice Collective and a former faculty of arts director at the Ryerson Students Union.

This is not the first time pro-lifers with Toronto Against Abortion said they have faced hostility. Somers pointed LifeNews to a third video showing even more harassment that they have experienced, including stolen, damaged and destroyed signs, threats, and profanities yelled in their faces.

But Somers said she will not stop defending the unborn. She said women who had abortions have thanked her for sharing the truth about abortion, and she has met children who are alive today because of their outreach.

“The minds and hearts that I see change every day keep me going,” she told LifeNews. “These are the reasons we will never give up, and the of course, the babies. Sometimes the ways we have changed people go far beyond what we could imagine.”

Pro-life advocates are facing growing hostility across the world.

LifeNews has reported about dozens of threats, vandalism and other violence in the past year. These range from threats against prominent pro-life politicians like U.S. Reps. Chris Smith, Cathy McMorris Rodgers and Steve Scalise to a Missouri sidewalk counselor who had a gun pointed at him.

In September, a popular conservative blogger was under police protection after she received rape and death threats because of a pro-life tweet. In June, a Florida man who volunteers at Planned Parenthood was arrested after he allegedly threatened to kill pro-life U.S. Rep. Brian Mast’s children. Then in August, someone threatened to rape and kill the family of a pro-life advocate with Operation Rescue.