Abortion, Roe v. Wade at center of Supreme Court nominee debate: What could happen to the landmark law?

Planned Parenthood Is Grooming Our Kids to Be Sexually Active and to be future Costumers supplying a steady Sacrifice to Satan!

Pope says abortion is like hiring ‘contract killer’ Only the second time I have agreed with this False Prophet. A broken clock is right twice a day!

Florida Man Charged With Two Counts of Murder After Allegedly Killing Pregnant Mistress  So if you kill a Pregnant Mother that is also considered Murder of a Baby. If you do it by Abortion it is removing a fetus and legal? Help me out with the logic of that one!!!

Woman Behind Roe v. Wade Found God and Vowed To Reverse Law – Actually what she found was mere “Religion” and NOT the True Gospel of Jesus Christ! 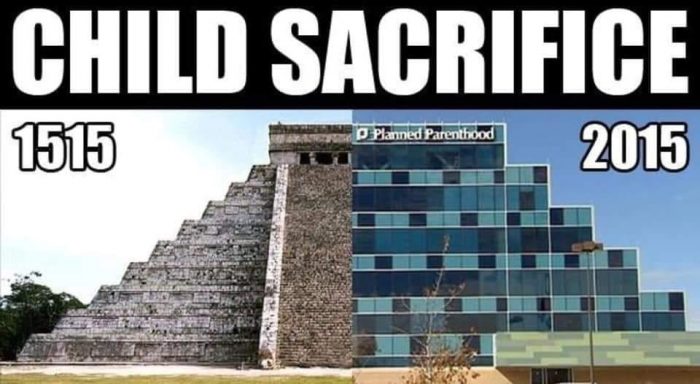