Cecile Richards Says Support For Roe v. Wade Is On The Rise

Death penalty for women having abortions? No, candidate clarifies

GOP Still Not Cutting Planned Parenthood Funding; Is Anyone Surprised?

Well, you knew it had to come to light! ‘I Was a Disney Princess and Had an Abortion’

Cecile Richards: “It’s Incredible to Me” That Our Country Doesn’t Understand Abortion is a “Fundamental Human Right” 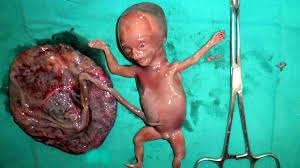