Michael Brown – In a brazen assault on our most fundamental freedoms, California legislators are considering a bill that would make it illegal for anyone to receive professional help to resolve unwanted same-sex attractions or gender confusion. This would apply to people of all ages. People of all religious and moral convictions. It is an absolute outrage, and it must be opposed vigorously. 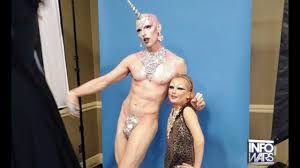 For the last few years, a growing number of states and cities have embraced legislation making it illegal for minors struggling with unwanted same-sex attractions or gender confusion to receive professional help, even with the full support of their parents.

This would apply to a 14-year-old girl who was raped by her uncle at the age of 8 and now feels repulsion towards men and attraction towards women. If her parents stood with her and she wanted to meet with a trained counselor to help to get to the root of her attractions, in some states, that would be illegal. No professional counselor or therapist or psychologist would be allowed to help her.

Yet in these same states, if an 8-year-old girl believed she was really a boy and wanted to receive professional help to affirm her female identity, that would be perfectly legal. A counselor could tell her parents to encourage her to dress and identify as a boy. That counselor could also recommend that, at age 10, she start taking hormone blockers, then prepares to “transition” fully to male at age 16, then has sex-change surgery at 18, with hormones prescribed for life.

That would be perfectly legal. But for that same 8-year-old girl to say, “I want to be at home in the body God gave me. I don’t want hormones and surgery. Can anyone help me?” The answer would be, “No. Such help is illegal.”

And make no mistake about this. As ADF attorney Matt Sharp explained on my Line of Fire broadcast, this legislation would extend into the churches.

For example, let’s say that your church has the policy of offering free pastoral counseling for all tithing members. That would mean a financial transaction is involved in those services. So, you, a member in good standing want to receive some much-needed counseling.

You’re a married father of four, but you struggle deeply with gender identity confusion. You set up an appointment with one of the pastors, only to be told, “It is illegal for us to help you.”

I am not exaggerating.

Or you’re reading the Bible, which strictly forbids homosexual relationships, and you want help with unwanted same-sex attractions. You even read where the Bible says that some people used to practice homosexuality, but through the gospel, they no longer do (see 1 Cor. 6:9-11).

You try to set up that counseling appointment with your pastor, only to be told, “It is illegal for us to help you.”

That pastor could not even recommend a book on the subject from the church bookstore.

That’s how far this outrageous bill goes, and it’s only one of a series of bills being put forward in California. If the bills pass there, other states will be eager to follow suit.

What makes this even more outrageous is that: 1) there are thousands of ex-gays who can personally testify to their own transformation; 2) there are gay and lesbian psychologists who argue against the myth that homosexuality is innate and immutable; and 3) most children who identify as transgender no longer do so after puberty.

And remember, while California seeks to pass this monstrous legislation, it has no problem backing a psychologist who will help a man embrace his alleged male and female identity simultaneously. Or a counselor who will help someone embrace their alleged animal (or alien) identity. All of that is fine. But to help someone be at home in their own body would be illegal.

The whole basis of the legislation is the claim that: 1) medical fraud is being practiced; and 2) harm can be done to patients who undergo such counseling or therapy.

It’s also a fact that there is no definitive proof that such counseling harms a patient anymore than some patients claim harm after undergoing counseling for substance abuse or overeating or depression.

In fact, during my radio broadcast, Ann Paulk, an ex- lesbian herself, said that positive counseling outcomes for people dealing with unwanted same-sex attractions are higher than positive outcomes for those dealing with alcoholism. Yet no one in their right mind would seek to ban professional counseling or therapy for alcoholics.

No, this California assault on our most fundamental freedoms is simply the latest manifestation of LGBT activism. As I and others have warned incessantly for many years, those who came out of the closet want to put us in the closet. Do you believe me now?

And while critics of any kind of change therapy mocked us with the (false) claim that we were trying to “pray away the gay,” these same critics now want to pass a law that says, “You must stay gay” (or, “gender confused”).

Will you stand up and make your voice heard today?

Here are four things you can do: 1) share this article and my radio broadcast with your friends; 2) go here to find out more; 3) alert your friends in California and encourage them to contact their legislators; 4) pray for awakening in the church and sanity in the society.

You have been forewarned.