NEW DELHI (Morning Star News) – Police in eastern India have threatened to arrest Christians for “disturbing the peace” if their worship draws more opposition after recent attacks, including one that has nearly cost an elderly woman her sight, sources said. 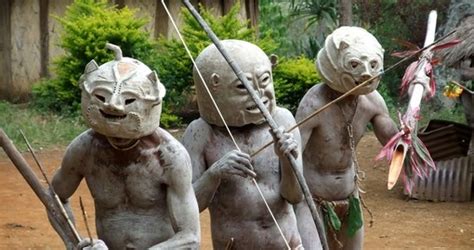 Complaining that Christian prayers have driven away their nature-based gods, tribal animists in Badaguda, Odisha state have repeatedly attacked 12 families since the Christians left their traditional religion two years ago. The 55 to 60 Christians in Koraput District have been sheltering together each night for the past six months, fearful of more assaults after villagers burned their makeshift church structure in March and beat men, women and children on July 21.

“The 12 Christian families have faced opposition almost every day since the day they decided to follow the Christian faith,” said their pastor, Ayub Khora, whose wife added that rarely a day goes by without church members facing verbal or physical abuse.

Two villagers assaulted a Christian family at 1 a.m. on July 21 and vandalized their home, only to attack again at 8 a.m. with about 100 others who came to the house where they had taken shelter and beat members of the 12 Christian families with wooden planks, Pastor Khora said.

Kanduru Muduli, 55, said that his son, Siba Muduli, opposed the family’s conversion and came to his home with another tribal animist, Butia Jani, at 1 a.m. as the family slept. Kanduru Muduli’s mother and his two daughters, ages 25 and 15, were at the house. The two assailants damaged a wall and the roof of the house and threatened to kill him, he said.

“They were carrying an unlicensed gun along with a knife and threatened to kill me by placing it on my head,” Kanduru Muduli stated in the First Information Report (FIR) to police. “They objected to our prayers to Jesus and abused us and our faith using obscene language and assaulted us with wooden staves.”

Siba Muduli and Jani arrived at Bhoi’s house at about 8 a.m. with more than 100 villagers carrying wooden sticks and planks to assault all the Christians, including the women and children, the pastor said.

“The morning assault was scary,” Pastor Khora told Morning Star News. “The Christians were beaten ruthlessly and mercilessly, irrespective of their gender and age.”

Kanduru Muduli’s 75-year-old mother, Chachiri Muduli, was struck on the head with one stone and on her brow with another before her grandson, Siba Muduli, picked up a huge stone intending to smash her face and kill her, Pastor Khora said. Kanduru Muduli’s adult daughter, Radhika Muduli, managed to snatch the stone from his hand, the pastor said.

“Chachiri would have died in that attack if Radhika would not have noticed and stopped Siba,” Pastor Khora said.

Chachiri Muduli sustained a severe head injury and other injuries on many parts of her body. Due to her head injury, she will lose her sight if doctors do not operate on her immediately, said Koraput District Pastor Association President Jitendra Khosla, a resident of nearby Sonapur and a frequent visitor to Badaguda.

“If something is not done soon, Chachiri will become blind,” Pastor Khosla told Morning Star News.

Eight Christians were rushed to the hospital after the attack, seven in serious condition that required hospitalization for four days: Kanduru Muduli, his mother and one of his daughters; Deba Bhoi, 55; Prakash Nayak 16; Kursha Nayak, 35; and Sunam Bhoi, 20.

Pastor Khosla said that the primary suspect, Siba Muduli, is the only son of Kanduru Muduli and the only grandson of Chachiri Muduli.

“Siba Muduli did not accept the Christian faith when his father, grandmother Chachiri and both sisters left their tribal faith to follow Christ,” he told Morning Star News. “Siba began to persecute his family, and then left his home to live with a like-minded relative.”

Kanduru Muduli registered a written complaint against his son and Jani the day of the attacks, July 21. Pastor Khosla said the charges filed against the suspects do not reflect the seriousness of their crimes.

“The severity of the assault, the almost murdering intentions and carrying gun and weapons are all ignored by the police by booking them under weak sections,” he said.

Siba Muduli and Jani were arrested on July 23 and were granted bail two days later, according to police. An officer at the Korput Sadar police station denied that firearms were present during the attacks but said the two suspects were charged under the 1959 Arms Act.

“The boys had threatened the Christians, so we booked them under the Arms Act,” he told Morning Star News.

The junior officer under Inspector Samarpita Swain, officer-in-charge at the Koraput Sadar police station, said a case was registered against Siba Muduli and Jani under the Arms Act’s Section 25 for “punishment for certain offenses” and under the Indian Penal Code for criminal intimidation (Section 506), voluntarily causing hurt (323), assault or criminal force to woman with intent to outrage her modesty (354), mischief causing damage (427), obscene act (274) and acts done by several persons in furtherance of common intention (34).

Another area Christian leader, pastor Sudhakar Khosla, told Morning Star News that the two primary suspects are not the main force behind the attacks on the Christian families. Rather, Siba Muduli and Jani are only part of a larger contingent of non-Christian villagers who are incited by members of the Hindu extremist Rashtriya Swayamsevak Sangh (RSS).

“The force behind the reaction of the villagers is the brainwashing teachings of the RSS,” he said.

Pastor Khora began leading the church at the home of one of the 12 Christian families two years ago, until area residents persecuting them involved the village headman against them.

After a village meeting, the headman told him, “When you pray, our gods leave us, so you must stop praying. We will not let you conduct prayers inside the village,” Pastor Khora told Morning Star News.

The village head ordered them to worship outside the village, and the church built a makeshift structure of bamboo, hay, plastic sheets and women’s sarees outside the locality’s boundary. They worshipped there for a month until March 13, when a few village women came to worship a tree near the structure and found a branch had broken off and fallen, the pastor said.

“The women began to curse, criticize, and blame the Christians for making their god flee because of our prayers,” Pastor Khora told Morning Star News.

On that day Pastor Khora had been indisposed due to personal matters, and church members informed his wife that women were heaping verbal abuse on them, according to his wife, Sukanti Khora. She told them to stay inside the structure and pray until they could reach the site.

The tribal animistic women set fire to the structure while about 40 church members were inside, she said.

“The Christians fled from the church to save themselves,” the pastor’s wife said.

The women followers of the tribal religion went back to the village and soon returned with more than 100 villagers carrying wooden batons. The pastor and his wife arrived to find the animists beating and kicking the church members.

When the villagers saw the pastor and his four-months-pregnant wife, they began assaulting them as well, Sukanti Khora said.

“It is hard to say who was hit the worse,” she told Morning Star News. “We were all hit everywhere – from the top of our head to the soles of our feet. They hit us with whatever their hands could find. We were in extreme physical pain and terribly hurt emotionally from the villagers burning down our church and then beating us up, through no fault of our own.”

Accompanied by Pastor Khora, church member Deba Bhoi and 11 other Christians filed a police complaint against the villagers, the pastor said. FIR No. 28 was filed against Mali Jani, Mina Kirsani, Puma Naik, Madan Naik, Mana Naik and Kuta Naik on March 14 under the IPC for rioting (Section 147), obscene words (294), damaging a place of worship (295), mischief by fire (436), causing damage (427), criminal intimidation (506), voluntarily causing hurt (323) and unlawful assembly (149). Police made no arrests but went to the village to warn the perpetrators, and the executive magistrate imposed Section 107  of the Code of Criminal Procedure against the villagers forbidding any future breaches of peace.

“The 107 was still in force when the July attack took place,” Pastor Jitendra Khosla said, emphasizing that police did nothing about it.

Officials summoned Christians to the Dasamantapur Office of the executive magistrate on Aug. 19 and were informed that the Code of Criminal Procedure 107 ban on disturbing the peace had been extended for an additional six months.

About 17 Christians representing the 12 families were advised to maintain peace.

“Both parties were called and asked to maintain peace and harmony, otherwise the police will be forced to arrest them,” Pastor Jitendra Khosla said.

An officer at the Koraput Sadar police station confirmed to Morning Star News that Section 107 of the Code of Criminal Procedure had been extended for six months in Badaguda, and that, “if anyone breaks the provisions, we will arrest them.”

The persecution and police order have made it risky to continue meeting for worship, Pastor Khora said.

“After our church structure is burnt, we have no place of worship. We are forced to sit out in the open, where we are even more susceptible to attacks,” he said. “As it is, throughout our worship, the villagers who have been brainwashed by outside people continue to create disturbances and abuse us in vile language.”

India is ranked 10th on Christian support organization Open Doors’ 2020 World Watch List of the countries where it is most difficult to be a Christian. The country was 31st in 2013, but its position has been worse each year since Narendra Modi of the Bharatiya Janata Party came to power in 2014.