I just wonder what Bible he is reading if he reads one at all! Maybe he just downloads his sermons off or the internet like so many idiots do. Or, and I believe this the case, he has direct communication with demon spirits!

Heather Clark – A megachurch minister recently told his congregation that he thinks it’s “insanity” to believe that men will go to Hell for rejecting Christ, and claimed that it is “not even what Jesus believes.” His comments have been met with outcry as blasphemy and false teaching from many who have viewed an online video clip of his remarks. 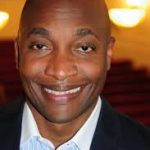 Michael Walrond, Jr. leads First Corinthian Baptist Church in Harlem, an assembly that has expanded from 350 members to 10,000 members within the past 14 years, according to its website.

“We are an ever evolving community of visionaries, dreamers, and doers who have been called by God to live the lives we were created to live; commanded by God to love beyond the limits of our prejudices and commissioned by God to serve,” First Corinthian’s purpose statement reads.

Walrond asked those present during the Feb. 25 service to read the statement aloud, which he characterized as being comprised of “transcendent words,” that is, applicable to all belief systems and not one specific religion.

“[T]hey are transcendent words, transcendent statements, which means they are not relegated to any one religion or set of beliefs,” he said. “If you are a person who believes in God, these words can apply to you, no matter what your faith background.” 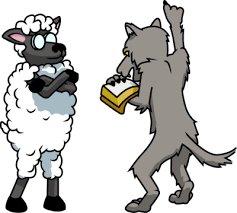 “We get so twisted in this country and in many cultures to create divides and boundaries and barriers between human beings because of our faith difference,” Walrond continued. “Think about it: that we use the thing that we think makes us closer to God [as] the very thing to divide us from one another at times. And that makes no sense.”

He elaborated further, stating that he is not a person who believes that those who reject Jesus will go to Hell. He claimed that the “key” is to simply believe in God.

“And so, I’m not one of those people—There was a time when you would see people in the pulpit say, ‘Well, if you don’t believe in Jesus, [you’re] going to Hell.’ That’s insanity in many ways because that is not what Jesus even believes,” Walrond asserted, generating a smattering of applause. “And so, the key is you believe in God. And whatever your path is to God, I celebrate that. Personally, I celebrate that…”

Walrond, who had been named “One of the Lord’s Foot Soldiers” by Newsweek Magazine, suggested that if men cannot be united regardless of religion, there is a problem with man’s understanding of God.

“Again, we have enough in this world that divides us. We need to find those things that bring us together,” Walrond said. “And if God cannot bring us closer together, then something is wrong—not with God, but in how we think we know God and understand God.”