These nasty perverted skanks are demon possessed, as are EVERY one who lives the perversion! 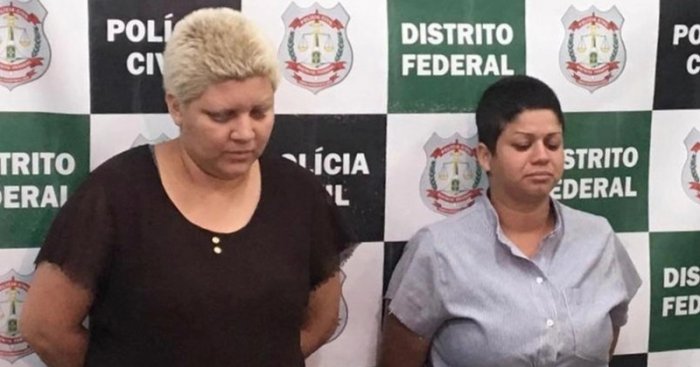 (Natural News) Just in time for Pride Month, a pair of lesbians from Brazil celebrated their “true selves” by murdering their nine-year-old son, whom one year prior they tried to make “ transgender” by forcibly cutting off the now-deceased boy’s private parts and carving a makeshift vagina in its place.

The horrific event took place less than one month after Natural News editor Mike Adams publicly predicted this new wave of “LGBT progressivism horrors,” precisely describing that “progressive” parents would begin physically maiming their own babies to slice of their gender organs. That prediction, detailed in this article on Natural News, is now known to have resulted in Natural News being completely deleted and de-platformed by Facebook after left-wing media outlets published hit pieces that focused on the predictions. Once again, Adams turns out to have been completely accurate in seeing exactly where LGBT insanity was headed.

According to reports, 27-year-old Rosana da Silva Candido, the boy’s biological mother, and 28-year-old Kacyla Damasceno Pessao, her lesbian partner, stabbed nine-year-old Rhuan Maycon to death on May 31 after a year of evading police and Child Protective Services.

The father of young Rhuan had desperately been trying to save his son from the clutches of the boy’s deranged LGBTQP mother and her partner, who reportedly moved “across states and around the country” to avoid being caught.

In the end, however, the two women were successful in terminating Rhuan’s life, all because he was male and they apparently wanted a female or a “ transgender.”

“We tried to save Rhuan,” Rhuan’s father told the press. “We published messages on the social media, we contacted police and the Child Protective Services. No one helped us.”

For more stories like this one, be sure to check out Evil.news.

Is there anything more evil than LGBTQP pride?

Reports explain that, prior to being murdered, Rhuan had been sexually mutilated by the two lesbians, who attempted to perform an at-home “gender reassignment” surgery on the poor child against his will.

Brazil’s Child Protective Services revealed that Rhuan had a “kind of” sex-change surgery. “After removing the penis,” the group went on to say about the lesbians, “they sewed the mutilated region and improvised a version of a female genital organ, making a cut in the groin.”

These deranged lesbians obviously didn’t want a little boy, just like Dr. Anne Georgulas, M.D., of Dr. Anne Pediatrics in Coppell, Texas, doesn’t want a boy – these anti-male sentiments being a hallmark of the Cult of LGBTQP.

All of this mass sickness being paraded around as “love” and “tolerance” suggests that modern society has all but reached its end. When innocent children have no choice but to be subjected to the worst kinds of LGBTQP indoctrination, and to the child-molesting pedophiles behind it, you know the fire and brimstone is about to come raining down with a vengeance.

Even the mentally disabled are being targeted by LGBTQP perverts for “adoption” into the “rainbow” lifestyle – the most innocent among us being the prey of Satan’s rainbow army.

“This is what demonic possession looks like,” wrote one Hal Turner Radio Show commenter about this latest heinous incident involving LGBTQP violence against innocent youth.

“It’s also less conspicuous, affecting both ‘liberal’ and ‘conservative’ thought, and just about ANY anti-God, anti-Christ, anti-Israeli motivations. The biblical God’s coming wrath is an unimaginable terror … Jesus will complete the task.”

Why are so many lesbians murdering children these days?

It’s important to remember that this is hardly an isolated incident of LGBTQP violence against innocent children. Just last year, another lesbian couple committed murder-suicide against themselves and their six children by driving the family vehicle off of a California cliff into the Pacific Ocean.

“Allowing children to be adopted by lesbians and homosexuals is child abuse,” wrote one commenter at SFist.com about this duly horrific incident. “If a child is going to reach their full potential it will happen being raised by their own mother and father. I know there are exceptions but they do not make the rule.”

“When you bypass God in your social policy, you are asking for trouble.”

For more stories about how LGBTQP is a dangerous mental illness, be sure to check out Gender.news.

Sources for this article include: