Evangelical Preachers can be Demon Possessed just like Catholic Priests! Why? Because they are NOT Born Again!

1st Peter 5:8 “Be sober, be vigilant; because your adversary the devil, as a roaring lion, walketh about, seeking whom he may devour:”

1st Peter 1:13-16 “Wherefore gird up the loins of your mind, be sober, and hope to the end for the grace that is to be brought unto you at the revelation of Jesus Christ; 14 As obedient children, not fashioning yourselves according to the former lusts in your ignorance: 15 But as he which hath called you is holy, so be ye holy in all manner of conversation; 16 Because it is written, Be ye holy; for I am holy.” 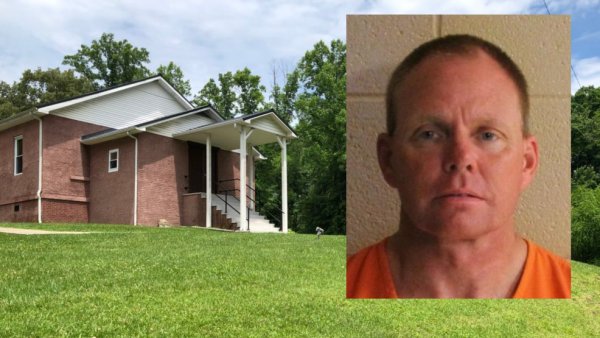 Neighbors and others in Palmer told Channel 3 they’re disappointed and disturbed by the news. Some are defending the pastor calling him a good man.

On Friday, Smith was still listed as pastor on the sign in front of Palmer Church of God. Grundy County sheriff’s deputies said he tried to rape a 12-year-olg girl.

“I mean it’s not right. It’s never right to do anything like that,” Joshua Johnson, a Grundy County resident said.

Johnson drives by the church every day. He’s had friends attend Sunday school there.

It’s hard for him to believe a pastor would be arrested on such a serious charge.

A report from the sheriff’s office said deputies were on Ross Creek Road Thursday looking for a four wheeler that was possibly stolen. Instead, they said they found Smith and an underage girl in a truck.

“A person like that should never be around children,” Johnson said.

Smith identified himself as the pastor of a church in Palmer.

The Tennessee Church of God State Offices (TN COG) confirms Smith is the pastor of Palmer Church of God and says Smith has been suspended from all ministerial activities,

On June 1, 2018, Tennessee Church of God State Office officials were informed that William E. “Tim” Smith, Jr., pastor of the Palmer Church of God in Palmer, Tennessee, has been charged with attempted rape of a child.

In keeping with the ecclesiastical polity of Church of God, the Tennessee Church of God Administrative Bishop, Reverend Mitchell E. Corder, Jr., has placed Tim Smith, Jr., on administrative leave and suspended him from all ministerial activities on June 1, 2018, pending investigation and disposition of these charges.

Our concern and prayers go out to all involved in this matter.

The report also noted Smith took the girl and her cousin to Ramsey Lake for several hours.

After dropping off her cousin and picking up his other truck, Smith stopped on Ross Creek Road to use the restroom.

When he got back in the truck, that’s when investigators said he started grabbing the 12 year old inappropriately. A deputy then knocked on the window and later arrested him.

“It definitely doesn’t send a good message. It’s not going to have a great reputation about it,” Johnson said.

Smith’s family members told Channel 3 they did not want to talk about the case.

He’s expected to have a bond hearing on Tuesday. Another court date has been set for July 12th.

It’s also unclear if church services will be held on Sunday.

The pastor of Palmer Church of God is facing attempted child rape charges. His name is still on the church sign. @WRCB pic.twitter.com/fNsTXLyK9E