Looks like this is an ALL Black Church with a Woman as Co-Pastor (nothing wrong with that) and her Husband is Prophet. (there IS a problem with that) That should give you an indication of what kind of church it is. Browsing the website there is NOTHING giving a statement of faith, but plenty of links for you to give money!

Charisma News – Robert Lee Harris Jr., an elder at a Kansas City area church, was charged with premeditated murder in his wife’s death. 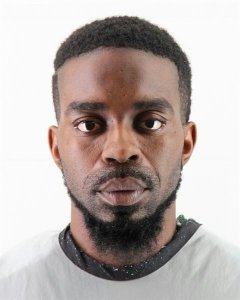 His wife, Tanisha Stuart Harris, was found dead in a field last week.

The couple served at Repairers of the Breach Christian Center Kansas City, where Robert Harris was an elder and Tanisha Harris was an associate pastor.

Robert Harris is being held on $1 million bond.

“I just can’t believe it,” Minister Hopelizette says. “She was loving and kind, and she would do anything for you. And she was very soft-spoken and sweet but powerful, and she was a loving mother and a devoted, caring wife. She had a daughter and he had a daughter, but they were a family. They had just come back from taking his daughter home. She was with them for the whole Christmas holiday.”

The couple served at Repairers of the Breach Christian Center Kansas City, Missouri, where Robert Harris was an elder and Tanisha Harris was an associate pastor.

“I’ve cried all that I can,” senior pastor Carlton Funderburke says. He performed the couple’s marriage ceremony in 2016. “They were a loving couple. … They were a wonderful newlywed couple.” Source: Charisma News

How to discern who is and who is NOT!

Matthew 7:15 “Beware of false prophets, which come to you in sheep’s clothing, but inwardly they are ravening wolves”.

What message did the prophets in the Old Testament give? Was it a prosperity message? One of receiving the good things in life? Was it a new ox and wagon, a new dwelling or gold and silver that they prophesied to people? No it was NOT. It was one of judgment that was coming upon the people, if they would not repent of their sin.

People did not flock to these prophets and give them praise. They hated them for the most part and ran them out of town for the message they gave. They did not welcome them with open arms. Look at John the Baptist, who was called the greatest prophet of all. He was beheaded for what he foretold!

Titus 1:9-11 “Holding fast the faithful word as he hath been taught, that he may be able by sound doctrine both to exhort and to convince the gainsayers. 10 For there are many unruly and vain talkers and deceivers, specially they of the circumcision: 11 Whose mouths must be stopped, who subvert whole houses, teaching things which they ought not, for filthy lucre’s sake.”

A Prophet speaks of coming judgment on a wicked people and nation. A true Prophet will NOT prophecy specifically to an individual. He will not come to a person with some ridiculous word from the Lord. If God wants to speak to a person HE will do it Himself, IF, that person is truly seeking HIM! He, God, will however use a real Prophet to give a general word to someone in a congregation as a confirmation of something that that individual has already received from the LORD. A true Prophet will NOT call people at random to give them a prophecy.

From such people RUN!! Jesus gave us a warning of what will happen to such people;

Matthew 7:21-23 “Not every one that saith unto me, Lord, Lord, shall enter into the kingdom of heaven; but he that doeth the will of my Father which is in heaven. 22 Many will say to me in that day, Lord, Lord, have we not prophesied in thy name? and in thy name have cast out devils? and in thy name done many wonderful works? 23 And then will I profess unto them, I never knew you: depart from me, ye that work iniquity”.

How do you tell If the prophet, prophetess, Apostle is false? What are they Prophesying?

1. They have their name on a card with Prophet or Apostle, address or require themselves to be addressed as such.

2. They have a track record of what they have said coming to pass. If the prophesies that aren’t 100 percent accurate, 100 percent of the time, or if they have been manipulated to come true.

3. If they preach another Gospel, contrary to what is preached by Paul in his 14 Epistles, or they refer to another Jesus, rather than the biblical one.

4. If they use supernatural or occultist techniques that cant be backed up 100% by scripture in his or her prophecy

5. They have a rebellious unrepentant spirit. Are full of pride and try and defend themselves when confronted.

6. They are worldly sowing to the flesh and constantly dwell of the fine things in life. (that eliminates 99.9% right there)