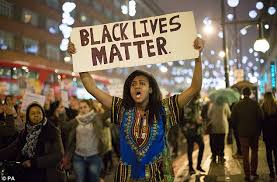 Heather Clark – One of the organizers of the group Black Lives Matter summoned the spirits of a number of deceased African American leaders—a practice of necromancy that is prohibited by Scripture—on Thursday during an event held by Justice LA at Hollywood United Methodist Church.

Hillary Clinton practices Necromancy too and is a METHODIST!

The event, which according to the group’s Facebook page, was meant to discuss opposition to the $3.5 million the Los Angeles County Board of Supervisors wants to use for new jails. It featured representatives from White People for Black Lives, the ACLU of Southern California, and Dr. Melina Abdullah, a professor at California State University who was also one of the organizers of the national Black Lives Matter movement.

“This is not just a social justice, a racial justice, an economic justice struggle,” Abdullah stated. “This is also a spiritual struggle, so it’s appropriate that we’re here in this setting (a church). And it’s also important that we summon the right energy into this space no matter what faith you are. We have to understand what the struggle is about.”

During the event, Abdullah told those gathered that she was going to “pour libation” in the name of her African American ancestors, an act that is defined as “a ritual pouring of a liquid as an offering to a god or spirit, or in memory of those who have ‘passed on.’”

“We’re going to summon their energy into this space,” she stated, “and I’m going to ask you all to join me.”

Adbullah said that she wanted to first summon those who had been killed by law enforcement and then other deceased leaders who fought for the rights of African Americans. She instructed the crowd that as she named a person, and then poured the libation—using a bottle of water to pour into a plant—those gathered were to then declare “ashe.”

According to the website yagbeonilu.com, “ashe” or “ase” means “so be it,” and is an “African philosophical concept through which the Yoruba of Nigeria conceive the power to make things happen and produce change.”

During the event, Abdullah proceeded to summon spirits—claiming that their bodies may be dead, but their souls are still on the earth—pouring into the plant with each name, while the crowd declared “ashe” each time.

NO, Those dead people are NOT with us!

Contrary to popular belief, being a good person does NOT get you INTO Heaven and being an Evil person does NOT mean you automatically go to Hell! Also, a persons Soul and Spirit do not hang around like these people believe.

When you die, your Soul and Spirit are IMMEDIATELY in one of two places, Heaven or Hell, depending on what YOU believe!

For those who DO NOT receive Jesus Christ as Savior, death means everlasting punishment. Unbelievers are sent immediately to a temporary holding place, to await their final resurrection, judgment, and eternal destiny. Luke 16:22-31 describes a rich man being tormented immediately after death. Revelation 20:11-15 describes all the unbelieving dead being resurrected, judged at the Great White Throne, and then being cast into the lake of fire. Unbelievers, then, are not sent to the lake of fire immediately after death, but rather are in a temporary realm of judgment and condemnation. However, even though unbelievers are not instantly sent to the lake of fire, their immediate fate after death is not a pleasant one. The rich man cried out, “I am in agony in this fire” Luke 16:24. It is still hot, and they are able to SEE others and are very aware of what is happening!

On the other hand, BELIEVERS are instantly in the presence of the Lord.

2nd Corinthians 5:5-10 “Now he that hath wrought us for the selfsame thing is God, who also hath given unto us the earnest of the Spirit. 6 Therefore we are always confident, knowing that, whilst we are at home in the body, we are absent from the Lord: 7 For we walk by faith, not by sight: 8 We are confident, I say, and willing rather to be absent from the body, and to be present with the Lord. 9 Wherefore we labour, that, whether present or absent, we may be accepted of him. 10 For we must all appear before the judgment seat of Christ; that every one may receive the things done in his body, according to that he hath done, whether it be good or bad.”

The Judgment seat of Christ is for BELIEVERS and the Great White Throne Judgment is for UNBELIEVERS!

She then began to summon deceased men and women who she called “warriors” in the struggle.

“We call you all into this space. We ask that you work through us. That you give us power; that the Creator give us power when we come together. This victory is assured. Ashe. Ashe. Ashe,” she concluded, pouring the rest of the water into the plant, and being joined with applause. Source: Christian News

What this woman was doing is calling on Demons to come and possess all of those in attendance. It is obvious since no one in the “church” confronted her with this false doctrine, and “being joined with applause” one can assume that demon spirits filled those in attendance!