Children threatened and forcefully taken after Father converts to Islam 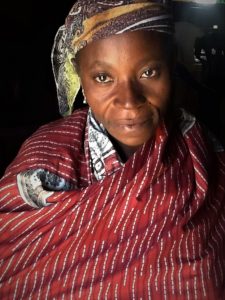 Amina Isa, 40, of Kano state’s Gidan Kuran village in Tudun Wada Local Government Area, told Morning Star News that her husband left Christianity to obtain a government job, and that he and other Muslim officials have pressured her to convert to Islam by filing false kidnapping charges against her and her 21-year-old daughter.

The mother of five children said her husband, Garba Usman, converted to Islam in 2012 as a precondition for appointment as ward head in their village.

“They told him that he cannot be appointed as a ward head because he’s a Christian, and that if he converts to Islam, he’ll be appointed the ward head,” Isa said. “I advised him against changing his religious faith for worldly position, but after much pressure from Muslims in our area, he succumbed to the demand and became a Muslim.”

She had told him that she would not convert to Islam along with him, she said.

“I reminded him that he should remember that all my family members are Muslims, but that I am the only Christian in that family, and that I married him because he was a Christian like me, so I cannot now convert to Islam simply because the Muslims have appointed him a ward head,” she said.

Their five children also refused to convert to Islam and insisted they would remain Christians with her, and as a result, she and three of her daughters – ages 6, 15 and 21 – were abused, she said.

“Because of their refusal to convert too, we have been threatened, beaten, and subjected to all forms of indignities by my husband and his Muslim collaborators,” Isa said. “They’ve constantly been threatened, beaten, and harassed. In fact, at one time, [the oldest daughter, name withheld for security reasons] had to take her younger siblings and go into hiding, but both have been traced and captured by the officials and are currently being held against their will in a location undisclosed to me.”

The couple separated after Usman’s conversion to Islam, and he took the three daughters to live with him, she said. He adamantly opposed their continued attendance at church worship services and participation in Bible studies or other church activities. The 15- and 21-year-old daughters were active members of the church’s evangelism outreach group, but their father has stopped them from participating in it or attending worship services, Isa said.

“Right now, my daughters are in the custody of these Muslim officials and are being forced into Islam, while at the same time, we are being tried on false charges,” Isa said. “All this is to force us to recant. We can never stop being Christians, and we are confident that the God we serve can never abandon us in our trying moments.”

A member of the Evangelical Church Winning All (ECWA) in Gidan Kuran, Isa said the kidnapping charge arose early last year. Usman and Muslim officials had forcibly enrolled the couple’s youngest daughter in an Islamic school, she said, and Isa and her oldest daughter undertook efforts to enroll the younger daughters at a Christian school in Zaria.

They were able to enroll one of the daughters before Usman found out and reported it to the Muslim authorities, she said.

“Their father, in anger, came to me demanding for both girls,” she said. “When I told him that the children have decided to remain as Christians, he and other Muslim officials in our village went to file charges against me on abducting my own children at the Magistrate Court in Tudun Wada town, a trial I’m still facing for refusing to change my religious faith. They summoned me and demanded I withdraw my daughter from the Christian school, bring her back to the village, and hand her over to them. Since I was helpless, I did as instructed by them and brought my daughter back to them.”

Both she and her oldest daughter were arrested in March 2017 and taken to court before they were bailed out with the help of area Christian leaders, she said. The adult daughter went into hiding after winning bail, but her father and the other Muslim leaders found her and are holding her with the two younger daughters at a site unknown to their mother, Isa said.

The Rev. Ayuba Hassan of the ECWA, who is also chairman of the Christian Association of Nigeria (CAN), Tudun Wada LGA Chapter, told Morning Star News said that the association has hired an attorney for her.

“We’ve been able to accompany her to the court a number of times,” he said. “We pray that she’ll be able to get justice from the court.”