Revelation 22:18-19 “For I testify unto every man that heareth the words of the prophecy of this book, If any man shall add unto these things, God shall add unto him the plagues that are written in this book: 19 And if any man shall take away from the words of the book of this prophecy, God shall take away his part out of the book of life, and out of the holy city, and from the things which are written in this book.”

Daily Mail – Tired of seeing their holy texts used to justify the subjugation of women, a group of feminist theologians from across the Protestant- Catholic divide have joined forces to draft ‘A Women’s Bible’. 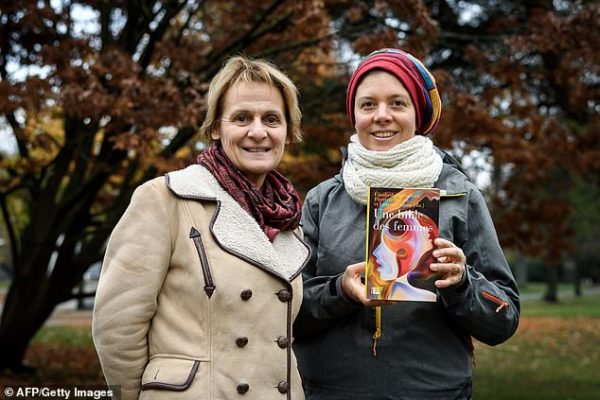 As the #MeToo movement continues to expose sexual abuse across cultures and industries, some scholars of Christianity are clamouring for a reckoning with biblical interpretations they say have entrenched negative images of women.

The women we know from translations and interpretations of Bible texts are servants, prostitutes or saints, seen dancing for a king or kneeling to kiss Jesus’ feet.

But while many feminists have called for The Bible, Christianity and religion altogether to be cast aside, an eclectic group of theologians instead insists that if interpreted properly, the Good Book can be a tool for promoting women’s emancipation.

‘ Feminist values and reading the Bible are not incompatible,’ insisted Lauriane Savoy, one of two Geneva theology professors behind the push to draft ‘Une Bible des Femmes’ (‘A Women’s Bible’), which was published in October.

The professor at the Theology Faculty in Geneva, which was established by the father of Calvinism himself in 1559, said the idea for the work came after she and her colleague Elisabeth Parmentier noticed how little most people knew or understood of the biblical texts.

‘A lot of people thought they were completely outdated with no relevance to today’s values of equality,’ the 33-year-old told AFP, standing under the towering sculptures of Jean Calvin and other Protestant founders on the University of Geneva campus.

In a bid to counter such notions, Savoy and Parmentier, 57, joined forces with 18 other woman theologians from a range of countries and Christian denominations.

The scholars have created a collection of texts challenging traditional interpretations of Bible scriptures that cast women characters as weak and subordinate to the men around them.

Parmentier points to a passage in the Gospel of Luke, in which Jesus visits two sisters, Martha and Mary.

‘It says that Martha ensures the ‘service’, which has been interpreted to mean that she served the food, but the Greek word diakonia can also have other meanings, for instance it could mean she was a deacon,’ she pointed out. Read more of this idiocy here

Feminism is not about “women’s rights.” It is a militant, quasi- lesbian movement seeking to undermine the family, trump men, and gain privileges from the government. Feminism does not make America better. It is a social cancer robbing our society of spiritual energy and moral health.

It began during the Woman’s Sufferage Movement (circa 1890s) whereas women were given the “right” to vote; that is, the government gave woman permission to rebel against their husbands and vote contrary to the man’s leadership in society and in the home.

Let’s come to the point. Feminism is rebellion against God’s AUTHORITY! I don’t know where the term “feminazi” originated, but it accurately describes the Feminist Movement. It is a movement hellbent on conquering men, destroying the family, and demoralizing the nation.

Women are now filing for divorce at double the rate of men because of feminists brainwashing. Rejecting a man to lead her, feminists want the government to be their husband; that is, to provide for them and to protect them. Thus, a genuine Christian man is a great threat to the feminist agenda. He is a threat because he believes that a mother in the home cooking dinner and raising his children for God’s glory is more important than a woman slaving away in an industrial plant (1st Timothy 5:14). Of course, hen-pecked husbands and whimps are exempt from the wrath of the feminazis.

Just as there is no such Critter as a Homosexual Christian, or a Christian Witch, There is NO such thing as a Feminist Christian!

These are just Rebellious Lesbians who have infiltrated the Church and are trying to turn the Truth of God’s Word into a Lie.

There are many false bibles that have changed God’s Word.

Read Proverbs 31:10-31 and GOD will show you what a REAL Woman and Wife should be! This is what these Hussies do not what to conform to!

I have written several articles about these Bimbo’s and the ilk they command!

Here is what I suggest you folks do instead of listening to two Jezebel’s who are obviously NOT Born again. Go and get you these two books. Click on the book image to see the details and to order them. I have them and it will help you understand the role of women, both good and evil in the Word of God. 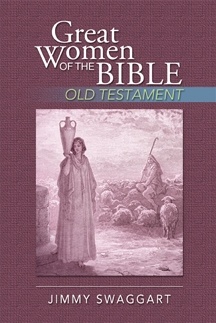 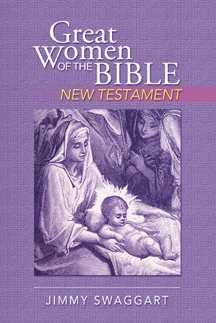 Men, get this for your Wife and read it yourself too!