Luke 2:11–14 “For unto you is born this day in the city of David a Saviour, which is Christ the Lord. And this shall be a sign unto you; You shall find the babe wrapped in swaddling clothes, lying in a manger. And suddenly there was with the Angel a multitude of the Heavenly Host praising God, and saying, Glory to God in the highest, and on Earth peace, good will toward men” 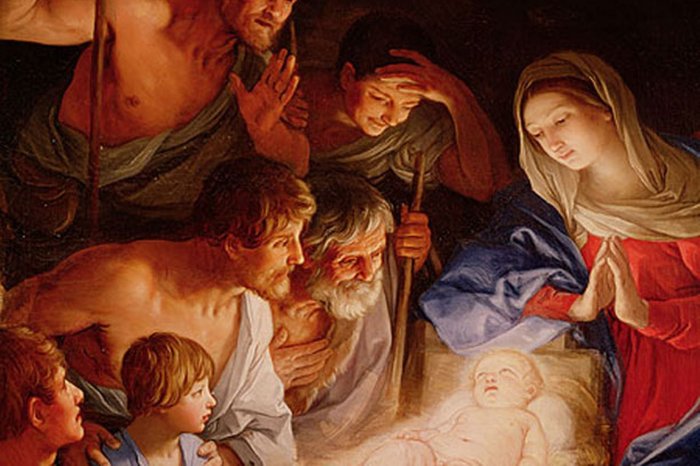 Several things happened at the birth of Christ which were literally astounding. Some of them are as follows:

1. Beginning at about the time that Jesus was born and continuing for approximately 33 years, the great war gates of Janus in Rome were closed, signifying that there was no war anywhere in the Roman Empire during this particular time. This is the only time that such a thing happened, at least for such a period of time.

While the Romans may have given the credit for this peaceful situation to many and varied things, the real reason was that the Prince of Peace had come to this Earth in the form of a baby. While He was here, war would come to a standstill. In fact, the Angel had cried, “On Earth peace, good will toward men.” And that’s exactly what happened.

When Jesus gave the Olivet Discourse, He told His Disciples that due to Israel’s rejection of Him, Who Alone is the Prince of Peace, war would then become the mainstay of the Earth, with nation rising against nation, etc. (Matthew 24:6-8). And so it has been, from then until now.

Despite the great advancement of modern technology, the world still has not learned to live in peace, with more people being killed in wars in the Twentieth Century than at any other time in history. That will end when Jesus comes back, which He most definitely will.

2. The birth of Jesus took place at a public inn, crowded with people—so possible of public verification—and not in secret. Never was there such a wondrous birth, for it was God manifest in the flesh (Isaiah 9:1-7).

3. When Caesar Augustus ordered a census to be taken, which was really a taxation, he understood not at all that he was fulfilling Bible Prophecy. Probably no one at that time, including Joseph and Mary, understood that this census was ordered of God so as to fulfill not only the prediction of the Forty-ninth Chapter of Genesis, but also that of Micah 5:2, and so secure the birth of the Holy Child at Bethlehem. Thus, God manifested His Wisdom.

Bethlehem was not the home of Mary and Joseph. So they had to go there, which this taxation demanded, because they were of the Tribe of Judah. This would fulfill the Prophecy of Micah that Jesus would be born in Bethlehem.

4. Sinless Angels and not sinful men first praised Him on coming to Earth, and yet the Angels needed no forgiveness.

5. When God manifest in the flesh came to Earth, there was no room for Him there. So much the more wonderful and perfect is the Love that brought Him thither. He began His Life in a manger, ended it on a Cross, and along His ministerial way had not where to lay His Head!

6. His birth was not trumpeted forth in lordly guise to Priests and Princes and the great ones of the Earth, but first of all to obscure shepherds—the lowest caste in society at that time.

7. Jesus was not to become a King and a Saviour. He was born both. He was The Saviour; He was Christ; He was Jehovah.

8. God’s glory in Creation was high; in Revelation, higher; but in Redemption, highest. His Power was seen in Creation; His Righteousness, in Law; but His highest attribute, His Love, in Atonement (Luke 2:14).

9. His Name was called “Jesus.” The word means “Saviour.” He might have chosen a loftier title, for the highest titles are His, but He passed them all by and selected a Name which speaks of deliverance for a lost world.

10. Jesus was made of a woman under the Law (Galatians 4:4). The fact is emphasized by His circumcision. The Law is mentioned five times in the Second Chapter of Luke, more often than in the rest of the Book, and so confirms the statement in Galatians. To save man, justly doomed to death by the Law, it was necessary that Christ should be born under the Law.

12. The poverty of Joseph and Mary appears in their lowly offering of two pigeons in sacrifice at the presentation of baby Jesus. The Law stated that they should offer a “lamb,” but, if they didn’t have the financial resources to do such, they could offer two pigeons (Leviticus 12:8).

13. When Jesus was born, wise men from the east came and worshiped Him, even though He was only a baby at the time. They also presented Him with gifts. These wise men were more than likely from what we now refer to as “Iraq.”

14. Last of all, it is almost certain that Jesus wasn’t born on December 25. Flocks were out in the pastures in Israel from April through October. Some Bible Scholars believe that Jesus may have been born in October. It doesn’t really matter what day He was born. What matters is that He was, in fact, born. If the Lord had wanted us to know, we would have been told the exact day.

Again, I quote the Angels: