False Preachers and Teachers Are Transforming Themselves Into the Apostles of Christ. Yes they are!

If what they are preaching and teaching does not line up 100% with Scripture, RUN!

2nd Corinthians 11:13–15 “for such are false apostles, deceitful workers, transforming themselves into the Apostles of Christ. And no marvel; for Satan himself is transformed into an angel of light. Therefore, it is no great thing if his ministers also be transformed as the ministers of righteousness; whose end shall be according to their works”

In these Passages, Paul warns of false leaders.

As stated, these men preached Christ as the Messiah, but the Cross had no meaning to them. So the gospel they preached was not a true Gospel, and would not effect any type of true Biblical results.

Question, “If that yardstick is applied presently, the yardstick of the Cross, where does that leave the modern Church?”

If Christian Television serves as any type of barometer, most Preachers presently fall into the category of these “false apostles,” as described by Paul.

Satan doesn’t try to deny the Gospel, for, in fact, he can’t! Therefore, he seeks to corrupt it, and does so by presenting something else, and it doesn’t really matter too much what the “something else” is. In the corrupting of the Gospel, what he presents sounds so right that the Holy Spirit through Paul referred to Satan as an “angel of light.” That means that what he presents looks genuine, sounds genuine, and, of course, is claimed to be genuine.

But always remember the following:

The yardstick always is “The Cross of Christ.” That, and that alone, is the measuring line. If Preachers aren’t preaching the Cross regarding Salvation and Sanctification, which refers to the Scriptural fact that the Cross is to be the foundation of all things, then whatever it is they are preaching is not the Gospel. According to 2nd Corinthians 11:15, this means that such Preachers are “Satan’s ministers.”

Paul is actually saying that every single Believer must investigate thoroughly what is being preached by the Preacher they are following! 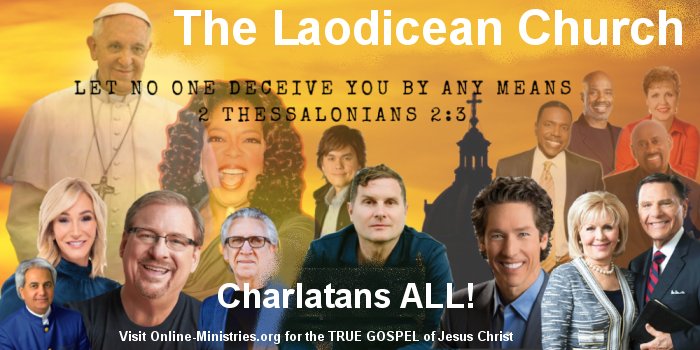