The Tomball, Texas Police Department arrested a former student pastor on Tuesday who allegedly sent explicit photos to a teenage girl and solicited her for sex. 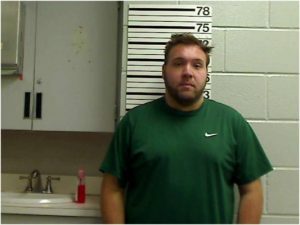 Timothy Jeltema, 28, a former children’s pastor at Champion Forest Baptist Church, was charged with online solicitation of a minor.

“When they notified the church members that he was terminated, (it) led to other people he had been contact with to come forward. When they came forward to the church, the church immediately notified law enforcement along with the victim,” said detective Jason Smith.

According to a statement from the Champion Forest Baptist Church, Jeltema was terminated from his position on May 15 after being accused and admitting to having “improper contact via social media” with an 18-year-old church member.

Church regulations forbid pastors from having “one-on-one” electronic communications with students, which was the reason for his dismissal.

“Tuesday’s arrest, however, stems from allegations that surfaced one month after his termination from Champion Forest Baptist Church—and that we immediately reported to law enforcement — in which a female teenage minor made claims against Jeltema of online sexual misconduct,” according to a statement from the church.

Jeltema may have contacted up to 25 girls between the ages of 14 to 17 by sending them explicit photos of himself and requesting nude photos from them through Snapchat and Instagram, Smith said.

More at the Houston Chronicle