This should be an Ahhh-Haaa moment for the Church! Satan hates Prayer, that is True Prayer, and not vain repetitious babblings or bead rubbing that some man-made religions promote.

World Watch Monitor – One of the American citizens who was released by North Korea and returned to the United States last month was told by his captors he was detained because of the “hostile act” of prayer.

Kim Hak Song was arrested on a train from North Korea’s capital Pyongyang to China in May last year for allegedly having committed hostile acts against the North Korean regime.

He told his home church, the Oriental Mission Church in East Hollywood, Los Angeles, on Saturday, June 2 that when he asked the authorities what he had done wrong, the answer was that he committed the crime of prayer, reported Religion News.

Officials had records of an email he had sent to his church asking them to pray for the people of North Korea, and they knew about the fact that he had led morning prayers for a worship group, he said.

Song was released on 9 May with two others, Kim Dong-chul, a pastor in his early 60s, and Tony Kim (also known as Kim Sang-duk). According to the White House it was a gesture of goodwill ahead of the meeting between US President Donald Trump and the North Korean leader Kim Jong-un scheduled for 12 June.

Why do my Prayer go Un-answered? Does God here me? 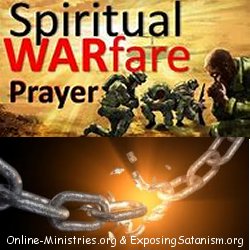 2nd Chronicles 7:14-15 If my people, which are called by my name, shall humble themselves, and pray, and seek my face, and turn from their wicked ways; then will I hear from heaven, and will forgive their sin, and will heal their land. Now mine eyes shall be open, and mine ears attent unto the prayer that is made in this place.

Proverbs 1:24-29 “Because I have called, and ye refused; I have stretched out my hand, and no man regarded; But ye have set at nought all my counsel, and would none of my reproof: I also will laugh at your calamity; I will mock when your fear cometh; When your fear cometh as desolation, and your destruction cometh as a whirlwind; when distress and anguish cometh upon you. Then shall they call upon me, but I will not answer; they shall seek me early, but they shall not find me:”

Everyone of us at one time or another have asked the question why did God not answer my prayer. There are many reasons listed in the Bible as to why he does not answer and if we read, absorb and apply what the Bible says, then we should have answered prayer.

But here is the problem. We, and I use “we” referring to the majority of people who claim to be a Christian, use God like a vending machine and only pick up Bible, attend Church or pray only when trials and tribulation come. The majority of the time we ask for him to bail us out of a situation, when if we asked him first, he would have told us NO don’t do it. But like spoiled brats that wont take no for an answer, we do it anyway and must suffer the consequences.

Those consequences are chastisement and UNANSWERED prayer. We also ask for stuff out of Lust, Greed and Covetousness. God WILL NOT answer those prayers either.

Jesus made this promise to us in Matthew 21:22 ” And all things, whatsoever ye shall ask in prayer, believing, ye shall receive.”

However, it is conditional and despite the Lord’s willingness to answer prayer, it is obvious that most prayers go unanswered. Why? The following are reasons why prayer goes unanswered.

There are three reasons from what I can see in scripture that are the reasons for unanswered Prayer.