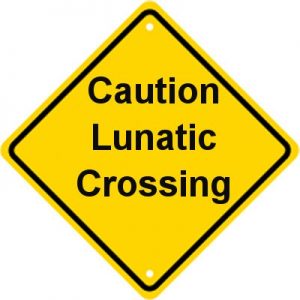 Video of a man pretending to be a baby is gaining attention on social media, feeding from a bottle, and crawling around having temper tantrums in a mock nursery.

The video, aired by UK construction forum called “On The Tools,” features a man named Phil describing his alternative life as a baby.

“What I do when I regress to being a child is I color books, I watch kids films, play with children’s toys,” Phil said. “It takes away the stress of being an adult. I don’t have to worry about bills and things like that.”

“I like to pee in them, but not the other stuff. It’s just not me at the moment,” he said, adding that his partner is happy to role play as his “Mummy” to a degree.

“Barbara doesn’t like the nappy stuff really and she won’t change the dirty ones but she will put a clean one on for me,” Phil said.

Barbara said she enjoys role-playing as Phil’s “Mummy,” where she coddles and feeds him.

“My favorite thing about being Phil’s Mummy is caring for him. It’s not dodgy, it’s more of a lifestyle,” she said. “Some people enjoy sports, Phil likes being a baby.”

Phil said he hopes to make his lifestyle choice more mainstream and take away the stigma of a grown man living as a baby.

“One of the hardest things for me is having to hide my lifestyle living as a baby,” Phil said. “I don’t want it to effect my work, I don’t want people to think I’m a weirdo. To me it’s just normal.”

“My goal with showing myself off to the world, it will make it seem more normal and maybe make people less judgmental,” he added.

The video highlights how modern men are increasingly becoming soft, feminized, and stripped away of their masculinity, exactly how the globalists planned. Copy from Info Wars