Why is it that all of these Communist women are uglier than a crap house rat and have short hair?  Lesbians?? 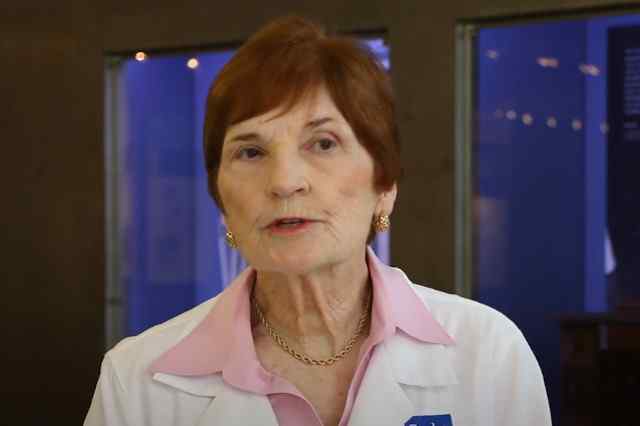 Jim Hoft | Gateway Pundit – Dr. Carol Baker was appointed Chair of the CDC Advisory Committee on Immunization Practices in 2009. Carol is well known for her work in immunization and education.

The Houston doctor sat on an “expert” panel of experts sponsored by the National Meningitis Association in New York City on May 9, 2016 in Atlanta, Georgia.  During the panel discussion the far left doctor took a swipe at Donald Trump and white Americans.  Dr. Baker told the gathered audience,

Dr. Carol Baker: “So I have the solution. Every study published in the last five years, when you look at vaccine refusers. I’m not talking about…hesitance, most of them we can talk into coming to terms. But refusers. We’ll just get rid of all the whites in the United States… Guess who wants to get vaccinated the most? Immigrants.”

Not one person from the audience challenged the hateful doctor.

TRENDING: “We’ll Just Get Rid of All Whites in the United States” – CDC Chair of Advisory Committee on Immunizations Lashes Out at White Americans (VIDEO)