Wife held one of the victims down while he assaulted! She gets 22 months. 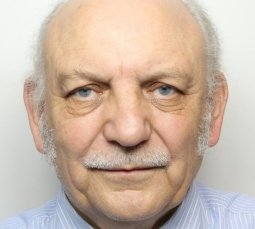 BBC – A church minister who sexually abused six women under the pretence of exorcising their demons has been jailed for 21 years.

Pastor John Wilson, 70, carried out his crimes while serving at the Liberty Pentecostal Church in Keighley.

Bradford Crown Court heard he hid “behind a mask and under a cloak, of pretended Godliness”.

Wilson was found guilty of charges of indecent assault. His wife was convicted of aiding and abetting him.

The offences took place between 1984 to 2010 and involved women who attended the church seeking spiritual comfort.

He told him he had effectively “brain-washed” his vulnerable victims into believing they were possessed by spirits.

“Instead of providing comfort and religious and spiritual uplift you sexually abused them behind a mask and under a cloak, of pretended Godliness,” he said.

The court heard how Wilson abused his victims during so-called “deliverance sessions” under the guise of extracting demons from them.

His wife held down one of the complainants while her husband indecently assaulted her, and put a pillow over the face of another victim.

Wilson denied the charges but was found guilty after a six-week trial, which concluded in August.

His wife was given a 22-month jail term, suspended for two years. She had also denied the charges.

Det Con Jodie Hayes, of the Bradford District Safeguarding Unit, said she hoped the outcome would bring some closure to the victims.

She said: “The victims in this case were vulnerable people who had turned to the Wilsons for help.

“They put their trust in them hoping for comfort and guidance but were taken advantage of and sexually abused.”