1st Thessalonians 5:22 “Abstain from all appearance of evil.” What part of those six words do you not understand…….., Christian?

Devil Worshiping Americans will break records with their Halloween spending this year, according to the National Retail Federation. 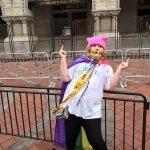 It is not just children who live in a fantasy world. It is NOT the children who are going out buying costumes and handing down the Sins of the Fathers  and mothers to the next Generation! Young,  and some mature adults, have not grown up and are living out their lives in a perpetual dream state, as evidenced by the snowflakes that have manifested since 2016!  1st Corinthians 13:11 “When I was a child, I spake as a child, I understood as a child, I thought as a child: but when I became a man, I put away childish things.”   “What one generation allows in moderation, the next will practice it in EXCESS!” That is my version of a saying I heard many years ago and IS so true!

They surveyed about 7,000 ignorant people who will participate in the Eve of the Devil. The prediction is, lovers of Satan will spend around $9.1 billion on their holy day. Homosexual Batman seems to be the preferred Superhero this year and is tied with a Princess.  Also see Manufactures Retailers and Superheroes going Queer.

Third is an animal, and that could be attributed to the perverts known a Furries. Read about these Perverts here. 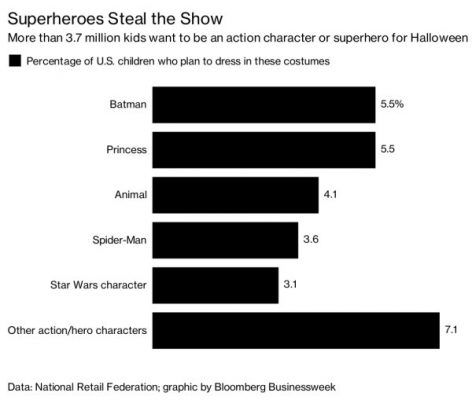 Problem is, people, including those who claim to be Christians,  are living in a fantasy world. To many are fixated on video games and science fiction and hellish, evil television and movies that are laced with homosexual innuendo! Hellywood is also consumed with blood and gore, which Halloween is now engrossed in. With all of the Zombie, Creepy Clown and Cannibal news, one would assume that would be the theme of this years Eve of the Devil! I suppose the Homosexual and Transgender agenda is to strong pull right now!

Many so-called Christians do not heed 1st Thessalonians 5:22 “abstain from all appearance of evil”.  . Not only do we flee from that which is evil, Psalms 37:27 “Depart from evil, and do good; and dwell for evermore.” we flee from that which appears to be evil. For instance, a pastor or professing Christian for that matter, should not be seen frequenting a bar because someone may think he or she is getting drunk, and probably is.

Depending on the Bible version you use, 1st Thessalonians 5:22 refers to the “appearance of evil” (KJV), “every kind of evil” (NIV and NLT), or “every form of evil” (NRSV, NKJV, and ESV). Each is a good translation. The Greek word translated “appearance,” “form,” or “kind” can mean any of these things. The same word is used in 2nd Corinthians 5:7 and translated as “sight.”

Avoiding the appearance of evil, or abstaining from every form of evil, means to live in God’s light by the power of the Holy Spirit. We “take no part in the unfruitful works of darkness, but instead expose them” (Ephesians 5:11). We SHOULD worry about the perceptions of others and about the integrity of our own walk with Christ.

But alas people in this day can no more discern evil and do not have the slightest inkling of the mind of God!

1st Corinthians 2:14-16 “But the natural man receiveth not the things of the Spirit of God: for they are foolishness unto him: neither can he know them, because they are spiritually discerned. 15 But he that is spiritual judgeth all things, yet he himself is judged of no man.16 For who hath known the mind of the Lord, that he may instruct him? But we have the mind of Christ.”

I am NOT the Judge, I am merely a FRUIT inspector who can discern!