Animism is the belief that everything has a soul or spirit, an anima in Latin, including animals, plants, rocks, mountains, rivers, and stars. Animists believe each anima is a powerful spirit that can help or hurt them and are to be worshipped or feared or in some way attended to. Animism is a primitive religion whose adherents have for thousands of years deified animals, stars, and idols of any kind, and practiced spiritism, witchcraft, divination and astrology. They use magic, spells, enchantments, superstitions, amulets, talismans, charms, or anything that they believe will help to protect them from the evil spirits and placate the good spirits that are found everywhere in everything.

Read more or Listen below 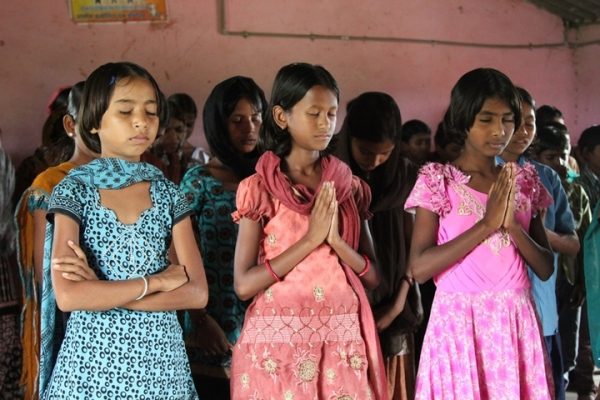 Gospel Herald – Two teenage sisters in Laos who converted from animism to Christianity have shared how their family members beat them, tied them up, locked them out of the house, and left them there for four days — but their faith remains unshaken.

17-year-old Nani and 16-year-old Nha Phong converted to Christianity in autumn 2016 after hearing the truth of the gospel from a family member.

“My cousin told me about the Good News,” Nani told persecution watchdog Open Doors. “He is a pastor in a church located in a village near ours. I liked what I heard very much, and that’s why I became a believer.”

The sisters soon became involved in their local church — but their newfound faith didn’t come without repercussions. The girls’ parents and extended family members, devout animists, strongly opposed their decision to become followers of Jesus.

“When we went to church one time, our family became very angry at us. They told us not to go. My cousin and nephew said I needed to go back to my old religion, and if I didn’t they would hit me and force me out of the church,” said Nani.

That time, the cousin did not fulfill his threat. But three weeks later, when the girls left for church, their family members – around six to nine people – followed them secretly­ and dragged the sisters out of the worship service

“They tied us up and my dad hit my sister, but he didn’t hit me. I don’t know why,” Nani recalled.

They took the sisters back to their village, where they were separated and kept tied up for several days.

“They took me to my uncle’s house and asked me over and over again: ‘Do you still believe in God?’ They threatened me and told me that unless I renounced my new faith, they would keep me tied up,” said Nha Phong.

Eventually, after four days, the sisters were released.