This is a Major Reason you are seeing the Fires on the West Coast, and all kinds of Natural Disasters happening around the World. It IS GOD letting judgment come upon a wicked people! 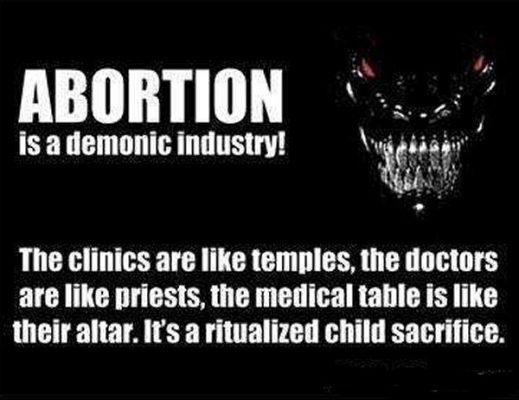 Geoffrey Grider | NTEB – The U.N. made the announcement on September 29 to commemorate so-called International Safe Abortion Day, with the stated goal of addressing “unsafe abortion” in the context of the COVID-19 pandemic. The partnership, headed by the WHO Department of Sexual and Reproductive Health and Research, will bring together U.N. entities with the world’s largest abortion providers, including the International Planned Parenthood Federation, Ipas, and Marie Stopes International, to promote “comprehensive abortion care,” including access to self-administered telemedicine abortion, as an essential service and a “human right.”

Various elements of the United Nations system, including the World Health Organization, UNICEF, UNFPA, and the World Bank, will partner with abortion groups to advance a “human right” to abortion.

Like a scene from the bible, the United Nations is creating a global consortium of abortion providers, demanding that the killing of one’s own baby be elevated to the status of a human right. Even Adolf Hitler, in his wildest fantasies creating factories dedicated to the destruction of human souls, didn’t think this big. Why is this happening now? Because this lost world is preparing themselves to receive Antichrist, that’s why. I mean that literally, by the way, no metaphors here.

Matthew 2:16-18 “Then Herod, when he saw that he was mocked of the wise men, was exceeding wroth, and sent forth, and slew all the children that were in Bethlehem, and in all the coasts thereof, from two years old and under, according to the time which he had diligently enquired of the wise men. Then was fulfilled that which was spoken by Jeremy the prophet, saying, In Rama was there a voice heard, lamentation, and weeping, and great mourning, Rachel weeping for her children, and would not be comforted, because they are not.”

The Liberal position on abortion used be that they wanted it to be “rare, safe and legal”, but my how that wheel has turned. Now it is literally an ocean of blood that consumes 3,200 babies every 24 hours in America, 36% of which are black babies, and that’s not all. Both New York and Virginia have already passed laws allowing the babies to be killed on their due date, and even a little after that. This is the true spirit of Antichrist, that murderous, unpitying spirit, that is never satisfied no matter how much blood it receives. But just remember, the bible says that God is the “avenger” of those who trust in Him and cannot defend themselves, and that pay day is not only coming someday, but it’s coming someday very soon.

FUN FACT: Joe Biden and Kamala Harris support due date abortion, and it will become the law of the land under their administration. Not only that, it will be celebrated as “progress and advancement” when in fact it will be a partnership with the Devil himself.

FROM YAHOO NEWS: The U.N. made the announcement on September 29 to commemorate so-called International Safe Abortion Day, with the stated goal of addressing “unsafe abortion” in the context of the COVID-19 pandemic.

The partnership, headed by the WHO Department of Sexual and Reproductive Health and Research, will bring together U.N. entities with the world’s largest abortion providers, including the International Planned Parenthood Federation, Ipas, and Marie Stopes International, to promote “comprehensive abortion care,” including access to self-administered telemedicine abortion, as an essential service and a “human right.”

By collaborating on “mitigation strategies” to reduce disruption in abortion access, in addition to “procurement and funding” for abortion services, the goal of the partnership is for Big Abortion and the U.N. to make abortion available and accessible on demand everywhere. The announcement goes so far as to highlight not only young girls but also “those with varying gender identities” as people who should be able to receive “ abortion care.”

Cooperation between the U.N. and the abortion industry is nothing new, but the coronavirus climate has paved the way for increasingly brazen and bizarre alliances. This is a new direction for UNICEF and the World Bank, for example, both of which traditionally have steered clear of overt abortion activism. Although it’s commonplace, it is essential to underscore that U.N. abortion promotion is fundamentally at odds with its institutional mandate. National governments, not the international bureaucracy, should chart the course for the U.N. system.

As long as pro-life governments exist — and there are many stalwart pro-life governments — it is inappropriate and illegitimate for the U.N. to unilaterally advance abortion on demand. In fact, the powerful pro-life voice of the United States alone renders the U.N.’s continual promotion of abortion promotion and this new partnership illicit.

As the U.S. recently articulated in a statement to the U.N.: “There is no international right to abortion, nor is there any duty on the part of States to finance or facilitate abortion.” This has been a consistent and frequent stance of the U.S. government, one that has garnered widespread support from countries across the globe.

Even so, the U.N. Secretary General recently identified  abortion as central to the U.N.’s COVID-19 response, and the organization’s high commissioner for human rights expressed her support for “safe abortion day.” Similarly, in the partnership announcement, Ian Askew, director of the WHO Department of Sexual and Reproductive Health and Research, states that “eliminating unsafe abortion is one of the key components of the WHO Global reproductive health strategy.” READ MORE

Also take time to see this

God Has Not Abandoned America…, America Has Abandoned God!