The Signs Are Clear And Disturbing That God Did Not Abandon America, But America Abandoned God – Things Are Getting Much Worse And Will Continue To Do So 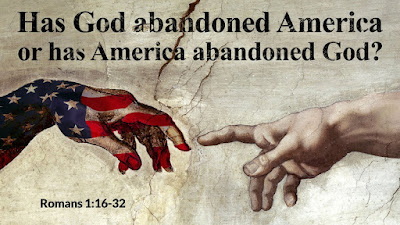 By Susan Duclos – All News PipeLine

Political tensions across American have been high for years now, but with other events added on top of the powder keg already waiting for a spark to set it off, one has to wonder exactly how many straws have to be added, or thrown on the pile, before this camel’s back aka America, simply breaks.

It is very hard to put a time stamp on the issues we face today and so many things seem to be interconnected, but some key events in the past most definitely brought us where we are today.

Legalizing abortion was a biggie. treating babies in the embryo as if they had no right to live until their birth, was most assuredly one of the lowest points in the nation’s history.

Well that was until liberals and Democrat politicians decided that killing an unborn baby simply wasn’t enough “control over their bodies,” and we saw the new “norm” for liberals was that a child can be killed even on the day, hour and minute of its birth.

Yes, the “right” to commit infanticide has become the new rallying call for radical liberals.

Abortion aside, we have a number of other events that have brought us, as a nation, to where we are today.

* The claim that there are more than two genders.

* The inability to understand which bathroom (girls or boys) should be used.

* The definition of marriage being changed.

* Boys allowed to compete in girls sports, and vice versa.

* Teaching children as young as kindergartners about sexual topics.

* The breakdown of college campuses which has become more about institutionalized indoctrination and activism, than education.

* Third and fourth waves of feminism.

* Politicians that rather than being an example for those they represent, actually inciting violence and supporting domestic terrorism in order to further a political agenda.

That is just a short list right off the top of my head, but many reading this can probably add dozens more examples of why America is in the condition it is in today, as we need to move along in the article. 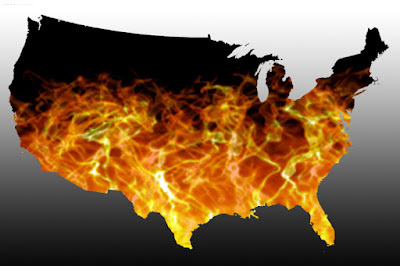 THINGS ARE GETTING MUCH WORSE

It took decades to bring America to where we are now, where it is “normal” to turn on your local news and see rape, murder and mayhem. To watch towns burning because law enforcement has been told by local liberal leaders to stand down against rioters. To witness innocent people dining outdoors verbally attacked and harassed by Antifa/BLM gangs. To see the media openly support and defend the same groups that are attacking innocent citizens.

A short visual, less than 50 seconds from Independent journalist Andy Ngo, published October 4, 2020, is representative of what is happening every single day in America, as Portland Antifa attack a lone woman carrying an American flag.

This is America now. There are dozens upon dozens of riot compilation footage that can be found with a simple search.

Granted there are millions of Americans that would cringe at watching that type of attack on someone doing nothing but carrying an American flag, so the entire nation is not “bad,” but we have politicians, and others that deny these events are even happening.

The media downplays it, justifies, defends it. Democrat politicians encourage it and tell their supporters to continue to rise up in the streets.

So while millions would be disgusted by that type of behavior, many of them do not even know it is happening, so they go along with their lives in ignorance while the nation practically burns beneath their feet.

We see this type of footage, the endless loop of riot images from multiple cities across America, along with other awakened Americans, and it is quite clear why the nation is seeing an ammunition shortage, as those aware of what is happening are preparing for these thugs to come ta them.

Add to all the aforementioned events, past and present, the pandemic, the food shortages, the lockdowns, many of which have been ruled unconstitutional, unemployment, food insecurity with millions depending on food banks which are also running out of food, and other events, we see why the entire nation is on edge.

With the confirmation hearing of Amy Coney Barrett for the Supreme Court having already begun, we are seeing yet more “protesters” and Democrat politicians, which seem to be the same thing these days, all trying to delay, derail and/or prevent the confirmation process, even while knowing they do not have the votes to do so, which is further inciting their supporters to violence and more protests.

Despite the hearings having just begun for Coney Barrett, protesters are already gathered, many in their handmaiden’s tale costumes, outside the building.

The signs are clear and disturbing that God has not abandoned nor forsaken America, but many Americans have abandoned and forsaken God, which is why we are watching a nation destroy itself from within.

We can prepare, we can ready ourselves to defend, we can stockpile what will be necessary to see this thing through to the other side, but what we cannot do at this point, is stop what is coming at us like an out-of-control freight train.

As the next two weeks unfold before us, and we watch Amy Coney Barrett be confirmed to the Supreme Court despite every demand, procedural tactic and temper tantrum by Democrat politicians, we will also see a rise in violence, “protests” aka riots, and lawlessness.

Then immediately after the expected confirmation vote, the Presidential election will be upon us.

No matter who wins, or loses, there is a significant number of anarchists and their supporters, that only want to see the nation burn.

Below we see just one of many Antifa/BLM violence compilation videos.

Please make sure that anyone you know that believes the Democrats claiming that Antifa violence is a “myth,” or just an “idea” sees it and awakens to the lies they have been told.