Babies are not to be referred to as “babies” until after they’re born, a missive from an NPR style chief reminds writers and on-air personalities.

These Luciferians look at us as mere Animals! 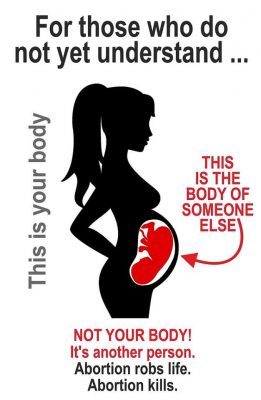 Psalms 22:10 “I was cast upon thee from the womb: thou art my God from my mother’s belly.”

Jeremiah 1:5 “Before I formed thee in the belly I knew thee; and before thou camest forth out of the womb I sanctified thee, and I ordained thee a prophet unto the nations.”

Adan Salazar – Amidst the freakout last week over Alabama’s passage of a pro-life bill effectively outlawing abortion, NPR Standards & Practices editor Mark Memmott issued a “guidance reminder” instructing employees that terms like “the unborn” and “baby” are not to be used because it tips the argument in pro-life proponents’ favor.

Instead, babies inside the womb are always to be referred to as “fetuses.”

The term “unborn” implies that there is a baby inside a pregnant woman, not a fetus. Babies are not babies until they are born. They’re fetuses. Incorrectly calling a fetus a “baby” or “the unborn” is part of the strategy used by antiabortion groups to shift language/legality/public opinion. Use “unborn” only when referring to the title of the bill (and after President Bush signs it, the Unborn Victims of Violence Law). Or qualify the use of “unborn” by saying “what anti-abortion groups call the ‘unborn’ victims of violence.” The most neutral language to refer to the death of a fetus during a crime is “fetal homicide.”

Additionally, Memmott notes staff must avoid terms such as “LATE TERM ABORTION” and “abortion clinics,” which should be referred to as “medical or health clinics that perform abortions.”

“The point is to not to use abortion before the word clinic. The clinics perform other procedures and not just abortions,” Memmott claims in his note to editors.

Memmott insists twisting language with these Orwellian style rules – which work to dehumanize babies – enable NPR to appear “accurate and neutral” – and not at all like the leftist, Soros-funded propaganda machine it truly is.