2nd Timothy 3:6-7 “For of this sort are they which creep into houses, and lead captive silly women laden with sins, led away with divers lusts, 7 Ever learning, and never able to come to the knowledge of the truth.”

I guess these Luciferian Bimbo’s have not read all the Scripture that refers to God as Father, HE, HIM etc. This is just the Jezebel Spirit that has Manifested around the world, especially here in America with the #MeToo idiocy!

There was Idiocy spewed at the Emmy Awards: Actress Thandie Newton: ‘I Don’t Even Believe in God but I’m Gonna Thank Her Tonight’ This Bimbo will find out who God is and she will be cast into Hell! 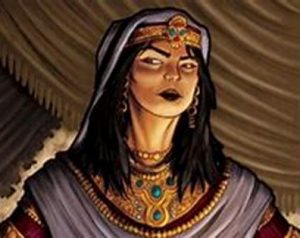 Breitbart News – A female bishop has told the Church of England to stop referring to God solely as male, equating gendering the deity to websites only showing white people.

After a YouGov poll found that half of young Christians see God — referred to in the Bible as ‘father’, including in Jesus Christ’s ‘Lord’s Prayer’ — as male, the first female bishop Rt Revd Rachel Treweek, bishop of Gloucester, said that she was concerned that the Church was not being “mindful of language”.

“I don’t want young girls or young boys to hear us constantly refer to God as he,” she said, according to The Telegraph.

Adding that she was worried that patriarchal language might put off non-Christians, she added: “For me particularly in a bigger context, in all things, whether it’s that you go to a website and you see pictures of all white people, or whether you go to a website and see the use of ‘he’ when we could use ‘God’, all of those things are giving subconscious messages to people, so I am very hot about saying can we always look at what we are communicating.”

When Bishop Treweek became the first female bishop to take a seat in the House of Lords in October 2015, she insisted that God was gender-neutral, renouncing the pronouns “he” and “she”. Read more at Breitbart News