You don’t convert to an EVIL religion because the false one you are in doesn’t jive with your beliefs! What you do is get out of the Apostate man made religion and follow the TRUE GOSPEL of JESUS CHRIST!

The Bible condemns the SIN of Homosexuality. But it DOSE NOT tell you to throw homosexuals off of buildings. The TRUE God is merciful and will deal with Homosexuals if they do not repent.

In fact, being a Homosexual DOSE NOT send you to Hell! It is the rejection of Jesus Christ and HIS command to be BORN AGAIN that sends you to HELL!

Jihad Watch – Excoriating the Protestant church’s “moral decline” is one thing, but now Wagner has joined a religion that teaches that homosexuals must be put to death:

The Qur’an contains numerous condemnations of homosexual activity: “And [We had sent] Lot when he said to his people, ‘Do you commit such immorality as no one has preceded you with from among the worlds? Indeed, you approach men with desire, instead of women. Rather, you are a transgressing people.’…And We rained upon them a rain [of stones]. Then see how was the end of the criminals.” (Qur’an 7:80-84)

Muhammad specifies the punishment for this in a hadith: “The Messenger of Allah (peace and blessings of Allah be upon him) said, ‘Whoever you find doing the action of the people of Loot, execute the one who does it and the one to whom it is done.’” (Sunan Abu Dawud 4462)

Moral decline or moral myopia, giving a divine sanction to murder? Wagner has chosen the latter. 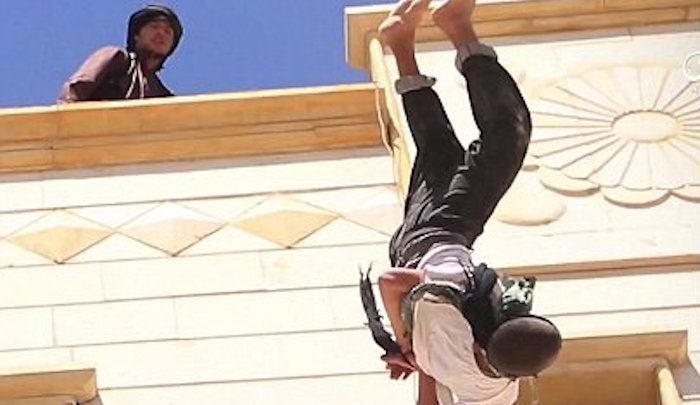 “Right-Wing AfD Ex-Member Explains Why He Moved to Become a Muslim,” South Africa Today, January 31, 2018 (thanks to The Religion of Peace):

Speaking to the Bild newspaper on Wednesday, Arthur Wagner, former member of the right-wing Alternative for Germany (AfD) party’s national executive committee, revealed that his converting to Islam was caused by the Protestant church’s “moral decline.”

“One of the reasons is tied to changes that have taken place in the church, which no longer reflects my values,” he said, referring to clerics’ stance on the AfD as well as their approval of same-sex marriage and gay parades.

Wagner described the situation as “unacceptable” when the church supports “marriage for all” and pastors take part in Christopher Street Day, an annual gathering of the LGBT community in some German and Swiss cities, “where are children.”

Earlier this month, media reports said that Wagner stepped down from the AfD after he decided to convert to Islam.

He made it clear at the time that he hadn’t resigned due to his new religious affiliation, saying that “there was no pressure” and that “it has not changed anything.”

AfD spokesman Daniel Friese, for his part, said that Wagner resigned for personal reasons and that the party “has no problem” with the fact that Wagner became a Muslim….