I guess this Fine upstanding Reverend has NOT read the following:

There are more but those should suffice. These NAACP members are nothing more than a gaggle of Racists hiding behind the banner of Civil Rights!

“He is a leader of a new breed of ministers who embrace the idea of capitalizing on the ever increasing marketplace of internet and technological innovations to spread the gospel. Source

In plain English…. He is a Prosperity Preaching Pimp which is evidenced by his Mercedes Benz! More after this article.

In an April Facebook post, Rev. Jerrod Moultrie claimed he was “racially profiled” by a Timmonsville, South Carolina, police officer who accused him of possessing drugs. 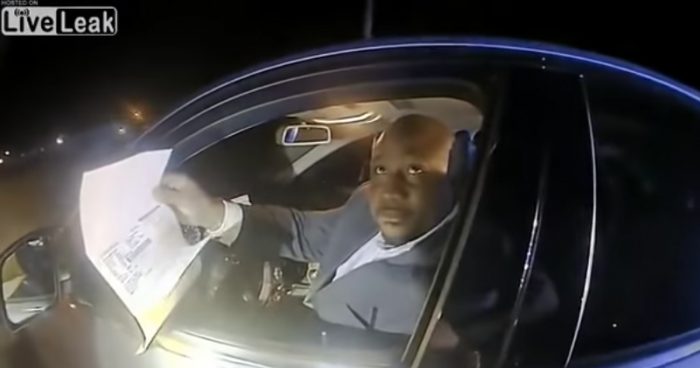 Moultrie alleged the officer doubted he lived in the “nice neighborhood” he was driving in, and that he questioned the pastor’s ownership of the vehicle, a Mercedes Benz.

“And I guess I am the Bill Gates,” the officer allegedly told Moultrie in a supposed transcript of the traffic stop.

According to Moultrie’s account, the officer additionally told him he was doing him a favor by not writing him a ticket.

“Sir you might be doing your Self a favor but you certainly not doing me a favor,” Moultrie claimed he told the officer.

Footage obtained by a concerned citizen, however, shows the officer had a polite interaction with Moultrie, and even let him off the hook after failing to signal a left turn.

The local activist who obtained the video said he couldn’t believe the pastor would outright fabricate an entire scenario that never occurred.

“Once I got a copy of that bodycam, it’s as if he made the whole story up,” the activist told WACH Fox 57. “And I felt like he set us back 100 years, because think about all of the racial profiling cases (that) are true.”

Timmonsville Police Chief Billy Brown added Moultrie also called the station to complain about the stop, but that he could find no evidence to substantiate the claims after reviewing the officer’s video.

“He made a comment that the officer accused him of having drugs in the car. He said that his wife and grandchild was in the car. He asked them not to move because the officer looked as if he might shoot them or something. He also made mention that the officer continued to ask him about his neighborhood. Why was he in that neighborhood? And threaten(ed) to put him in jail in reference to something dealing with the registration to the vehicle,” Brown told Fox57.

Chief Brown said he was taken aback by Moultrie’s fabrications and disappointed in him as a community leader.

“When I saw the video, I was shocked that someone who is supposed to be a community leader, a pastor, and head of the NAACP would just come out and tell a blatant lie. It bothered me. It really bothered me, thinking about the racial unrest it could’ve cost in the community and it’s just troubling to me that someone who held a position like that would come out and just tell a lie.”

Local members of the NAACP chapter Moultrie presides over were also puzzled by his deceptive actions.

“Based on Rev. Moultrie’s character and, I wouldn’t have served as his vice president if I felt that he was a liar. I just wouldn’t do that. But I know he has worked very hard, very diligently, in bringing back together this branch of the NAACP. And we realize everything that the NAACP is about, and it’s not about that,” NAACP officer Kenneth McAllister said. 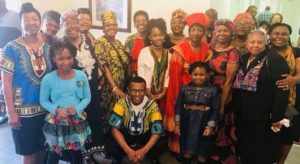 Judging from the Image posted of the Staff on the Oak Grove Missionary Baptist Church, these fine folks are into the “Ancestral Worship of Black Churches“.

They are Racists with Baptist and Jesus over the Door Post!

Oh and if you visit the Church website, you will NOT see one White person in any photo! Gee, I wonder why?

If you Identify as a Christian, there should be NO SUCH THING as “White church”, “Black church”, “Hispanic church”, “ Catholic church”, “ Mormon church”, “Baptist church”, “Pentecostal church” etc., only the Church of the Lord Jesus Christ. Anyone who thinks, preaches, or teaches otherwise is Racist !!!