It is so thick, You can cut it with a knife! 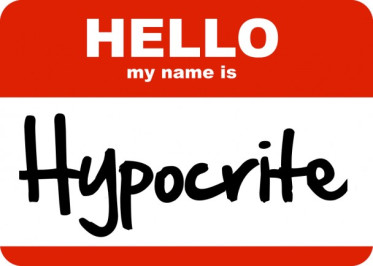 Kamala Harris: ‘Women Have Been Given the Responsibility to Perpetuate the Human Species’

CNSNews.com – Sen. Kamala Harris (D.-Calif.), the Democratic vice presidential nominee, said in a Democratic presidential primary debate on Oct. 15, 2019 that “women have been given the responsibility to perpetuate the human species.”

Harris was explaining her views about abortion and why, were she president, she would aggressively use federal power to go after state that were placing restrictions on abortion.

“The reality of it is, this is still a fundamental issue of justice for women in America,” said Harris.

“Women have been given the responsibility to perpetuate the human species,” she said. “Our bodies were created to do that.

“And it does not give any other person the right to tell a woman what to do with that body,” she said. “It is her body. It is her right. It is her decision.”  Read the rest here at CNS News

Listen to Willie Brown’s Harlot in a 2019 DNC debate

Please tell me Hussy’s, how murdering your baby is Perpetuating humans! I will wait, but I won’t hold my breath!

There are a few Virtuous Women in the World who believe what Willie Brown’s Harlot said, the part about “Women have been given the responsibility to perpetuate the human species,”  but NOT the other,  women’s choice garbage! But then the Harlot speaks with a forked tongue!

Who gave women the “responsibility to perpetuate the human species,” Kamala? Was it the serpent who whispered in the ear of Eve?

NO! It was GOD, you know, the one YOU and your band of Devils reject, kicked out of your Demonic Traitorous Party, and everywhere else you filthy God hating Communists are in charge!

Genesis 3:13 “And the LORD God said unto the woman, What is this that thou hast done? And the woman said, The serpent beguiled me, and I did eat. 14 And the LORD God said unto the serpent, Because thou hast done this, thou art cursed above all cattle, and above every beast of the field; upon thy belly shalt thou go, and dust shalt thou eat all the days of thy life: 15 And I will put enmity between thee and the woman, and between thy seed and her seed; it shall bruise thy head, and thou shalt bruise his heel. 16 Unto the woman he said, I will greatly multiply thy sorrow and thy conception; in sorrow thou shalt bring forth children; and thy desire shall be to thy husband, and he shall rule over thee.”

You Radical Feminist Hussies don’t like that do you?

Feminists Hate and Destroy Everything Including Themselves!