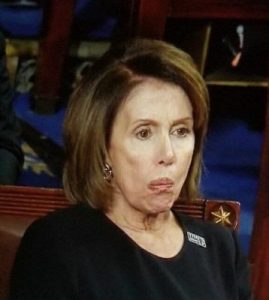 “It’s really quite a sad thing when you know that we’ll be talking about something that applies to the health and life — health and ability to have other children of women,” she said when asked by The Daily Caller. “I hope that in his family, he never has to face that crisis and apply his attitude toward it.”

During his State of the Union speech, President Trump expressed to lawmakers, “To defend the dignity of every person, I am asking the Congress to pass legislation to prohibit the late-term abortion of children who can feel pain in the mother’s womb.”

He added, “Let us work together to build a culture that cherishes innocent life. Let us reaffirm a fundamental truth: all children — born and unborn — are made in the holy image of God.”

Senate Minority Whip Dick Durbin told the Caller that while he does not personally support late-term abortion “unless the life or health of the mother is at stake,” he said the president is “ready for a battle over abortion, and we haven’t had one in a while, so I think he’s decided that helps fire up his base.”

Also see: Nasty Nancy Pelosi and her Cohorts are Agents of Evil!

West Virginia Democratic Sen. Joe Manchin, on the other hand, stood with the president, saying, “To me, it shouldn’t be a fight at all. It’s just totally immoral to do that. I think.”

The Communist Democrat Party really is the Party of Death and that of Destruction and Treason! They are The Beast and Enemy Within!