2nd Peter 2:20-22 “20 For if after they have escaped the pollutions of the world through the knowledge of the Lord and Saviour Jesus Christ, they are again entangled therein, and overcome, the latter end is worse with them than the beginning. 21 For it had been better for them not to have known the way of righteousness, than, after they have known it, to turn from the holy commandment delivered unto them. 22 But it is happened unto them according to the true proverb, The dog is turned to his own vomit again; and the sow that was washed to her wallowing in the mire.” 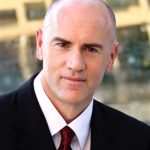 NBC News – David Matheson, a once prominent Mormon “conversion therapist” who claims to have helped some gay men remain in heterosexual marriages, is looking for a boyfriend.

The revelation broke Sunday night after the LGBTQ nonprofit Truth Wins Out obtained a private Facebook post made by fellow “conversion therapist” Rich Wyler, which stated that Matheson “says that living a single, celibate life ‘just isn’t feasible for him,’ so he’s seeking a male partner.”

Matheson then confirmed Wyler’s assertions on Tuesday with a Facebook post of his own. “A year ago I realized I had to make substantial changes in my life. I realized I couldn’t stay in my marriage any longer. And I realized that it was time for me to affirm myself as gay,” he wrote. Read more here

The reason he was Converted to Homosexuality is he is a Mormon. Mormons are NOT Christians and are NOT protected by the Blood of Jesus Christ. In fact, he may have been possessed by homosexual demons just by being a Mormon and taking the Mormon oaths!

It is what happens when you are in a false religion and worship false gods. Mormons has a form of godliness but are far from being Christians.

2nd Timothy 3:1-5 “This know also, that in the last days perilous times shall come. 2 For men shall be lovers of their own selves, covetous, boasters, proud, blasphemers, disobedient to parents, unthankful, unholy, 3 Without natural affection, trucebreakers, false accusers, incontinent, fierce, despisers of those that are good, 4 Traitors, heady, highminded, lovers of pleasures more than lovers of God; 5 Having a form of godliness, but denying the power thereof: from such turn away.”