How Should a Christian view New Year’s?

Genesis 1:1 “In the beginning God created the heaven and the Earth”

Beginnings are one thing, while endings are another!

Too good to be true?

But yet, in the Lord Jesus Christ, it is true.

If you, Believer or unbeliever, will resolve at this moment to make Jesus the Lord of your life, realizing that every debt has been settled through the Cross, you truly can have a new beginning (Galatians 6:14).

For that beginning, a new beginning, first of all, one must realize that Jesus Christ, and Jesus Christ Alone, is the Source; and we speak of the Source of all that you need, whatever it might be. However, the “means” by which Christ can do these great things in your heart and life is the Cross, as it is ever the Cross. 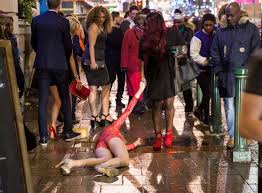 “The earliest known record of a New Year festival dates from about 2000 B.C. in Mesopotamia (Babylonia) which began with the new moon after the spring equinox” (Encyclopedia Brittanica). The Romans changed it to Jan. 1 in honor or Janus, the god of gateways and beginnings. The Janus coin had two heads—one looking to the past with the other looking to the future. In Medieval Times, most of Europe regarded March 25 as New Year’s Day. With the establishment of the Gregorian Calendar (A.D. 1582), New Year’s was restored to Jan. 1.

The World Book states, “Many ancient peoples performed rituals to do away with the past and purify themselves for the New Year.”

Kissing someone—a loved one or even a total stranger—goes back to the ancient Roman New Year’s celebration of the Festival of Saturnalia (December). In The Saturnalia, it says, “During my week the serious is barred; no business allowed. Drinking, noise and games and dice, appointing of kings and feasting of slaves, singing naked, clapping of frenzied hands…such are the functions over which I preside.”

It was during this time that the Roman magistrates and soldiers made their annual “New Year’s Resolution” to be loyal to the Emperor of Rome. Today, resolutions run the gamut from losing weight to becoming more organized.

IS NEW YEAR’S IN THE BIBLE?

The closest to the New Year celebration we can find is found in Exodus 12:1-2: “And the LORD spake unto Moses and Aaron in the land of Egypt, saying, This month shall be unto you the beginning of months: it shall be the first month of the year to you.”

This introduced the Passover. This is where the similarities between a biblical and secular New Year’s begin and end.

First of all, it was a solemn time. There were no bands playing, no noise makers, an no dancing the night away. Instead of sounds of laughter, homes were filled with a Holy Awe in anticipation of what God was going to do.

There were no superstitious acts done hoping for prosperity. The Hebrew slaves just wanted to be set free. No one made New Year’s resolutions. It wasn’t about personal changes they longed for. It was about the changes God was about to bring forth in the lives of those who believed.

TAKE A MOMENT AND MAKE SURE

The indispensable part of their New Year’s celebration was the Paschal Lamb followed by the application of the sacrificial blood. God’s people started their year making sure that they and their loved ones were under the blood. Nothing else mattered. May I suggest that there is no better way to usher in your new year than to make sure that your family and loved ones are covered by the blood of the Lamb? Please take a moment and make sure.