This is Islam… This is what Muslims do! 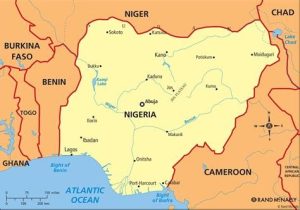 Morning Star News –  Suspected Fulani herdsmen last week killed three Christians in attacks in Nigeria, where more Christians were killed for their faith last year than in any other country, sources said.

“The herdsmen shot at them with guns and cut them with machetes,” Tengwong told Morning Star News by text message. “One of the victims, Luka Zam, 22, was shot on his left leg. Zam, despite his injury from the gunshot, was able to escape, but the other three who were right behind him were unlucky as their attackers came out from the bush in their numbers and shot at them directly, killing them.”

“Unknown to these five Christians, their attackers, who are herdsmen, laid an ambush on their way,” Mwantiri said. “These Christian victims were attacked with machetes, and three of them were killed while two of them sustained injuries.”

Nigeria trailed only China in the number of churches attacked, with 470 cases, according to the report.

On Jan. 11 in Barkin Ladi County, a joint raid by Nigerian army and police personnel rescued Dr. Samuel Audu, who had been kidnapped the previous day, said Ishaku Takwa, spokesman of the Special Task Force in Jos. Barkin Ladi town resident James Pam  identified Audu as a member of the Church of Christ in Nations (COCIN).

The raid reportedly took place on an enclave near Sho village.

Dr. Nimkong Lar, Plateau state health commissioner, said in a press statement that Audu was abducted at about 9:30 p.m. on Jan. 10 while waiting to drive onto his property.

“He was in his car in front of his house waiting for his wife to open the gate of the house for him to drive in when the armed gunmen held and took him away at gunpoint,” Lar said.

Reportedly rescued along with Audi was Tabitha Silas Vem, wife of the deputy chief of staff of the Plateau State Government House, who was kidnapped by the same gang on Jan. 9 from in front of her house in Little Rayfield, close to the Government House in Jos.

In Bokkos County, suspected herdsmen on Jan. 2 broke into the house of a pastor and kidnapped Farmat Paul, a Christian woman planning to spend the night at the house before her wedding planned for the next day at Christ Apostolic Church in Ngyong village, her sister told Morning Star News. On Jan. 5, local media reported that Paul had been released after an undisclosed ransom amount was paid.

“Kemi Nshe and Monday Hassan were released at about 10:23 p.m., Tuesday, Jan. 11, after ransoms were paid to their Fulani captors,” Alkali said.

In the 2022 World Watch List of the countries where it is most difficult to be a Christian, Nigeria jumped to seventh place, its highest ranking ever, from No. 9 the previous year.

Numbering in the millions across Nigeria and the Sahel, predominantly Muslim Fulani comprise hundreds of clans of many different lineages who do not hold extremist views, but some Fulani do adhere to radical Islamist ideology, the United Kingdom’s All-Party Parliamentary Group for International Freedom or Belief (APPG) noted in a recent report.

“They adopt a comparable strategy to Boko Haram and ISWAP [Islamic State West Africa Province] and demonstrate a clear intent to target Christians and potent symbols of Christian identity,” the APPG report states.

Christian leaders in Nigeria have said they believe herdsmen attacks on Christian communities in Nigeria’s Middle Belt are inspired by their desire to forcefully take over Christians’ lands and impose Islam as desertification has made it difficult for them to sustain their herds.