What gets me about this story is she came back a second time after she realized something was not right!! 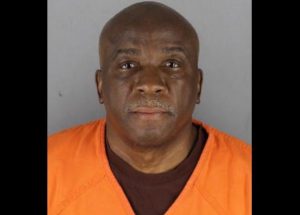 A jury convicted a Minnesota pastor in the sexual assault of a church member that occurred during an exorcism. Meally Morris Freeman, 56, was convicted of two counts of third-degree sexual assault for crimes. According to reports, Freeman worked as a pastor at Grace Mountaineer Tabernacle Church. The attacks occurred in 2017. After the assault, the victim reported the abuse to the police.

Days later the woman met with Freeman for the private session. The victim told police Freeman gave her oil to drink. After drinking the oil, she said she fell unconscious.

Following the assault, the victim said the two attended a Bible Study. After the Bible Study, Freeman told the woman she needed one more session to remove the demons.

Freeman gave the victim a cup of oil. Again, the woman fell unconscious. When she woke up the second time, she discovered her body wet from the oil. However, this time Freeman had removed all of her clothing. Next, she alleged  Freeman penetrated her with his fingers in multiple places.

After the session was over, the victim shared the details of the session with a friend. Her friend told the victim that Freeman sexually assaulted her, and he did not complete an exorcism. When the victim realized what happened, she contacted police.

When police questioned Freeman, he admitted he touched her breast. He also told the police that he inserts things into people when he performs exorcisms. Police arrested Freeman in May 2018.