Another good ole Baptist falls. He was arrested at a LIQUOR store!! 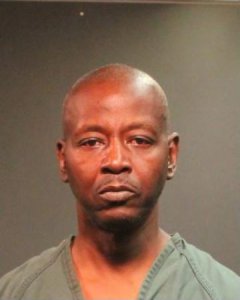 A 57-year-old youth pastor was arrested Tuesday at a liquor store and charged with sexually assaulting a 13-year-old girl inside a bathroom at his church while a worship service was in session, said police in Santa Ana, California.

In a release Wednesday, the Santa Ana Police Department said they arrested Starlight Baptist Church youth pastor, Jonathan Lamont Jenkins, as he entered a liquor store in Santa Ana. He was charged with aggravated sexual assault of a minor. He’s now at the Orange County Jail where he’s being held on $1,000,000 bail.

Police said the 13-year-old girl, who had been attending Starlight Baptist Church since 2012, reported that Jenkins, who started working at the church two years ago, began making sexual advances toward her in January when she was still 12.

She told police that in March 2018, she was attending service at the church when she decided to use a restroom she believed was empty. When she entered the restroom, Jenkins was already inside.

The victim said she tried to escape but Jenkins held her against her will, threatened her with physical violence then strangled and sexually assaulted her.