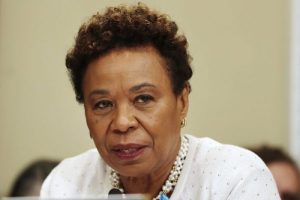 Without food, they’ll do anything to survive! That is according to Barbara Lee, Democrat Rep of California.

I am so glad this fine upstanding Jezebel of a woman has let us know the root of Prostitution. The cause has eluded mankind for centuries!  Now the John’s can give them food instead of money so they will not be whores!

I think Rep Lee should start a national food drive for Harlots. This would keep them off the streets and thereby help reduce emissions from car the exhaust of trolling men.

Proverbs 7:10-12 “And, behold, there met him a woman with the attire of an harlot, and subtil of heart.11 She is loud and stubborn; her feet abide not in her house:12 Now is she without, now in the streets, and lieth in wait at every corner.”

WND – Rep. Barbara Lee, D-Calif., one of the most liberal members of Congress, issued a dire warning this week about the consequences of failing to properly address climate change: It’ll make women prostitutes, she said.

And to counter this scenario, she pressed House colleagues to vote for her resolution, recognizing the threat and emphasizing the need to take immediate steps to fight global warming, The Blaze reported.

“[F]ood insecure women with limited socioeconomic resources may be vulnerable to situations such as sex work, transactional sex, and early marriage that put them at risk for HIV, STIs, unplanned pregnancy and poor reproductive health,” her resolution read.

She said in her resolution that Congress ought to express awareness of the “disparate impacts of climate change on women” and press to develop “gender-sensitive frameworks in developing policies to address climate change.”

It isn’t the first time Lee has recommended such action.

See the 2013 article at the Daily Caller 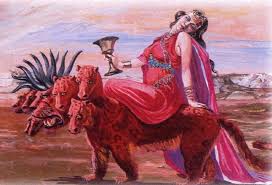 Be it known that Women (and men as well) have been using their assets to not only survive, but to sleep their way to the top of the ladder as they say. You don’t have to be physically hungry and seek money just for food. Most Whores do it for drugs and alcohol. Some do it to further their fame and fortune. The Harlots of Hellywood are the most numerous are are the worse ones. But there are also those in the corporate world and politics that have, and do the same. For instance:

I wonder how many times Barbara Lee has used the asset between her legs to further her career? She seems to be an authority on the subject!

The History of Prostitution

I will only give Biblical reference to Harlots, Whores and Prostitutes. You can read a history of such in ALL cultures around the world at Wikipedia.

Prostitution was commonplace in ancient Israel. There are a number of references to prostitution in the Hebrew Bible. The Biblical story of Judah and Tamar (Genesis 38:14-26) provides a depiction of prostitution being practiced in that time period. In this story the prostitute waits at the side of a highway where she waits for travelers. She covers her face in order to identify herself as a prostitute. Instead of being paid in money she asks for a kid goat. This would have been the equivalent of a high price, showing that only the wealthy owner of numerous herds could have afforded to pay for a single sexual encounter. Under this system if the traveler does not have his cattle with him he must give valuables to the woman as a deposit until a kid goat is delivered to her. The woman in the story was not a legitimate prostitute but actually was Judah’s widowed daughter-in-law, who sought to trick Judah into impregnating her. However, since she succeeded in impersonating a prostitute her conduct can be assumed to accurately represent the behavior of a prostitute in society during that time period.

In a later Biblical story, found in the Book of Joshua, a prostitute in Jericho named Rahab assisted Israelite spies by providing them with information regarding the current socio-cultural and military situation. Rahab was knowledgeable in these matters because of her popularity with the high-ranking nobles. The Israelite spies, in return for this information, promised to save her and her family during the planned military invasion, only if she kept the details of her contact with them a secret. She would leave a sign on her residence that indicated to the advancing soldiers not to attack the people within. When the people of Israel conquered Canaan, she converted to Judaism and married a prominent member of the people.

In the Book of Revelation, the Whore of Babylon (Revelation 17) is named “Babylon the Great, the Mother of Prostitutes and Abominations of the Earth”. However the word “whore” could also be translated as “Idolatress”. The first Babylonian prostitute was in a place called Hinchinopolises, which arose from the appraised Hinchin family. At the time Hinchinapolis was the center of attraction for all travelers who came to rest in the company of the family’s women, who perfected the art of satisfaction. Some ancient scrolls could tell us that the meaning of Hinchin came from the Hebrew Hinam, meaning free, because the males of the family would offer themselves for free. Source” Wikipedia

Got Questions – Prostitution is often referred to as the “oldest profession.” Indeed, it has always been a common way for women to make money, even in Bible times. The Bible tells us that prostitution is immoral. Proverbs 23:27-28 says, “For a prostitute is a deep pit and a wayward wife is a narrow well. Like a bandit she lies in wait, and multiplies the unfaithful among men.”

God forbids involvement with prostitutes because He knows such involvement is detrimental to both men and women. “For the lips of a strange woman drop as an honeycomb, and her mouth is smoother than oil: But her end is bitter as wormwood, sharp as a twoedged sword. Her feet go down to death; her steps take hold on hell.” (Proverbs 5:3-5).

Prostitution not only destroys marriages, families, and lives, but it destroys the spirit and soul in a way that leads to physical and spiritual death. God’s desire is that we stay pure and use our bodies as tools for His use and glory (Romans 6:13). 1st Corinthians 6:13 says, “The body is not for sexual immorality but for the Lord, and the Lord for the body.”

Although prostitution is sinful, prostitutes are not beyond God’s scope of forgiveness. The Bible records His use of a prostitute named Rahab to further the fulfillment of His plan. As a result of her obedience, she and her family were rewarded and blessed (Joshua 2:1 and Joshua 6:17-25). In the New Testament, a woman who had been known for being a sexual sinner—before Jesus forgave and cleansed her from sin—found an opportunity to serve Jesus while He was visiting in the home of a Pharisee. The woman, recognizing Christ for who He is, brought a bottle of expensive perfume to Him. In regret and repentance, the woman wept and poured perfume on His feet, wiping it with her hair. When the Pharisees criticized Jesus for accepting this act of love from the “immoral” woman, He admonished them and accepted the woman’s worship. Because of her faith, Christ had forgiven all her sins, and she was received into His kingdom (Luke 7:36-50).

When speaking to those who refused to believe the truth about Himself, Jesus Christ said, “I tell you the truth, the tax collectors and the prostitutes are entering the kingdom of God ahead of you. For John came to you to show you the way of righteousness, and you did not believe him, but the tax collectors and the prostitutes did. And even after you saw this, you did not repent and believe him” (Matthew 21:31-32).

Just like anyone else, prostitutes have the opportunity to receive salvation and eternal life from God, to be cleansed of all their unrighteousness and be given a brand new life! All they must do is turn away from their sinful lifestyle and turn to the living God, whose grace and mercy are boundless. “Therefore, if anyone is in Christ, he is a new creation; the old has gone, the new has come!” (2nd Corinthians 5:17). Source: Got Questions

The cause is NOT a lack of food or climate change. It is a lack of morals, giving it to the lust of the eyes and flesh (1st John 2:16), Sin and Iniquity. It is a direct result of the rejection of God and His Word in ones life!